Tiger Woods and McIlroy announce a competition that will revolutionize golf 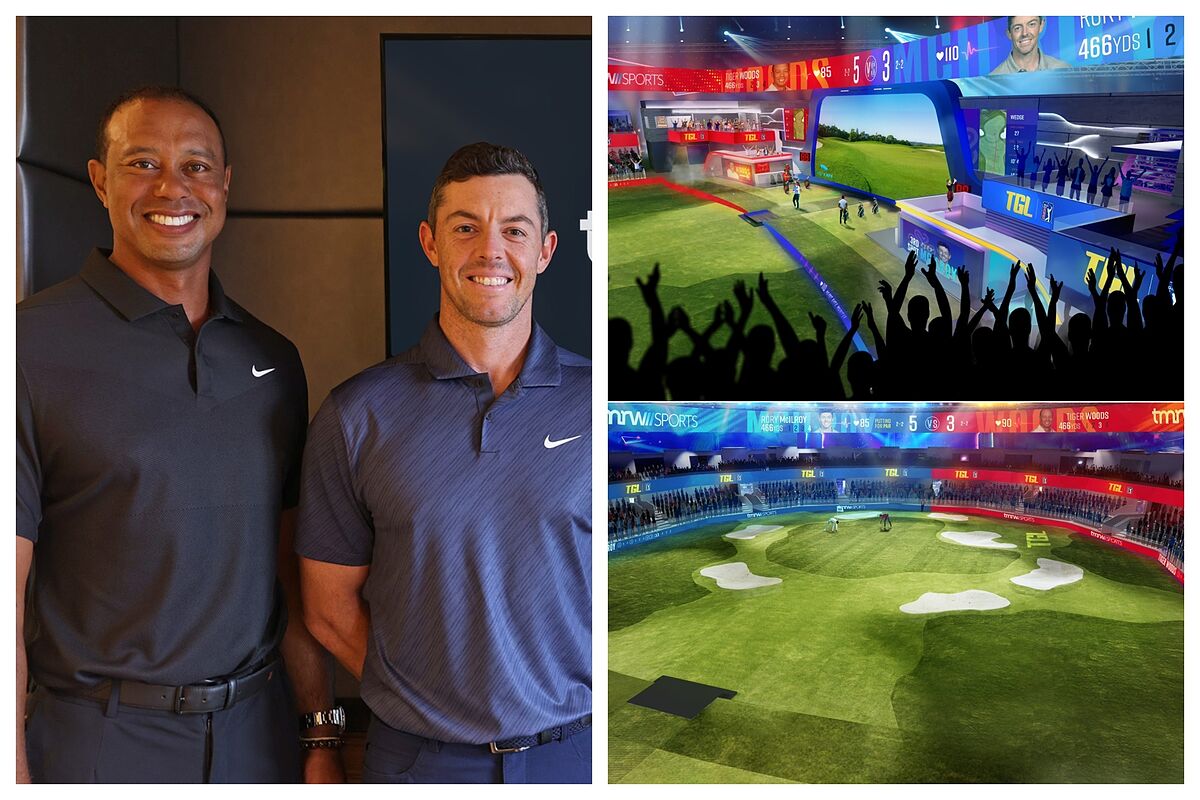 Cith the world of golf split in two by the irruption of the controversial LIV Golf Saud, Tiger Woods and Rory McIlroy announced this Wednesday the

Cith the world of golf split in two by the irruption of the controversial LIV Golf Saud, Tiger Woods and Rory McIlroy announced this Wednesday the creation of a new league in collaboration with the PGA Tour than trying to incorporate the latest technology into this sport.

under the name TGL (The Golf League)this new competition will complement the PGA Tour calendar and is expected to start in January 2024.

TGL count on six teams of three PGA Tour players eachwill dispute the Monday night in fifteen different weeks and will also have semi-finals and a final.

One of the keys to TGL, according to its promoters, will be the application of technology to the world of golf to improve and enrich the experience of television viewers. Golf Magazine shared several renders (computer-generated image) of the venue in which it would be played, which would be more like a television set than a regular course and which would also incorporate virtual simulation.

The TGL matches would have a total duration of two hours with the commitment that the action be televised from start to finish.

“TGL is the next evolution in professional golf and I am committed to helping lead it into the future,” said Woods. it’s a statement. “Leveraging technology to create this unique environment gives us the ability to bring our sport into primetime on a consistent basis alongside many other major sporting events. As a huge sports fan , I’m excited to bring golf together with the technology and equipment elements common in other sports,” he added.

For his part, McIlroy explained that TGL wants to bring golf into an “exciting” and fan-focused environment that is “comparable to sitting courtside at an NBA game”. “TGL will broaden golf’s appeal to younger and more diverse fans and serve as another gateway to introduce people to the sport I love,” he added.

In addition to promoters of this initiative, Woods and McIlroy are the first two players who have agreed to participate in TGL, but for now it is not known who will complete the list of golfers in this new initiative.

TGL is part of the PGA Tour response to LIV Golf offensive fueled by Saudi Arabiawhich, with significant economic incentives for its players, aspires to organize a circuit that rivals in quality and prestige the US-based tour.

In May, the PGA Tour denied permission for players on its circuit to compete in LIV Golf, which led to disciplinary measures and the abandonment of the PGA Tour on the way to LIV Golf by golfers such as Spaniard Sergio García, Dustin Johnson, Phil Mickelson, Ian Poulter, Lee Westwood, Brooks Koepka, the Mexican Abraham Ancer or Louis Oosthuizen, among many others

Loading...
Newer Post
NBA: The soap opera is over Kevin Durant: he stays in the Nets
Older Post
How to use the MotoGP lens on Snapchat and put on a helmet in Augmented Reality