Tiger Woods, from the tears of St. Andrews to play in Palma with his son 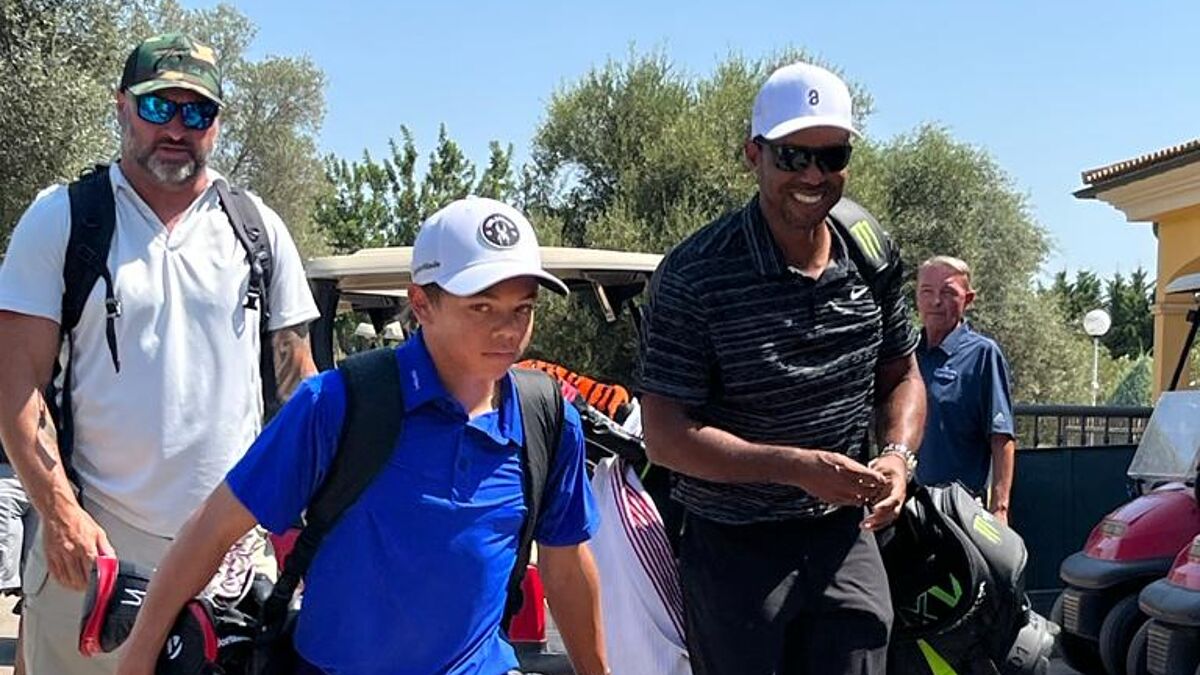 Llast image of Tiger Woods said a lot of things. He says goodbye to his most special 'major', the 150 British Open at the cathedral, St. Andrews,

Llast image of Tiger Woods said a lot of things. He says goodbye to his most special ‘major’, the 150 British Open at the cathedral, St. Andrews, in tears. Cheered as he rounds the 18th hole, after failing to make the cut and falling far short of a fight due to injuries. Days later the tone changes and Tiger Woods has reappeared. In Spain and with one of his great motivations, his son Charlie.

Woods is at the spectacular Son Quint course -located in Palma de Mallorca- enjoying golf with his loved ones. Following the line shown after his competitive return at the Augusta Masters. More and more game, more and more tests of the physical state of him. Without letting go. And being, of course, followed wherever he goes.

Son Quint is one of those fields that, despite its youth, unleashes passions for the setting in which it is found. Play in front of Palma and from hole 8 see, at all times, the spectacular Cathedral located on Balearic soil. Another focus of that ‘golf tourism’ that Tiger Woods has also joined after coming out of the British Open not too well. Woods, to date, had only gone to Spain on one other occasion. It was in the 1997 Ryder Cup, in Valderrama.

From the field they have highlighted that the visit of Tiger was discreet. She did not have great previous warnings and they pointed out that the American always showed great kindness with all the members of the Club. In the ‘purely’ sports it can be a choice that favors your physical state. It is not a very steep course, unlike other harder courses in Mallorca, such as Son Vida or Son Muntaner. Regulars of big tournaments and maximum luxury destinations.

Woods doesn’t hide the happiness he gets from playing with his little Charlie. in the always special PNC Championship that they played together already showed signs that their son also knows how to play. “He’s never really seen me win,” Tiger said.. And that may be one of his motivations.

In the spectacular Spanish stop, at the very least, Woods shows his love for the sport and that he still has something to say despite his body punished by injuries can say otherwise. They are Quint, one more stop in the resurgence of the ‘Tiger’.

Loading...
Newer Post
Concacaf announces that a strong sanction is coming due to the soccer crisis in El Salvador and could be suspended by FIFA
Older Post
Michael Schumacher’s most successful F1 car goes up for auction