Tilsa Lozano is getting ready for her wedding with boxer Jackson Mora: I want to be skinny, video 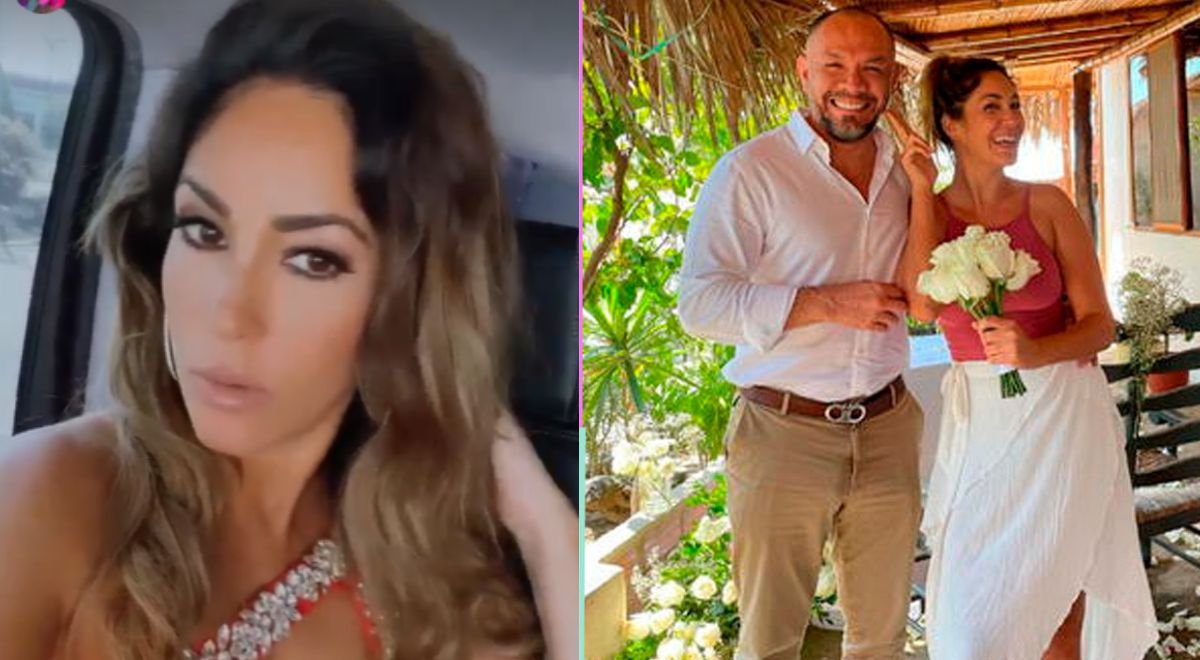 Tilsa Lozano wants to get a figure, more than she already is, to her marriage to the boxer Jackson Mora. Therefore, eat a healthy diet to lose t

Tilsa Lozano wants to get a figure, more than she already is, to her marriage to the boxer Jackson Mora. Therefore, eat a healthy diet to lose those extra pounds. The model is in America again, but this time she didn’t go shopping for another wedding dress.

YOU CAN SEE: Tilsa Lozano reveals the date of her wedding and where it will be: “In Pachacamac?” [VIDEO]

As is known, next November, that is, in approximately four months, the remembered former avenger will become Mrs. Mora, as it was learned, she will hold a wedding in style and will have many guests among public figures, friends and family.

From Washington. ‘Tili’ revealed what her diet is, the one that will help her to the indicated weight. “Here is my little water to take my pill because I am in my treatment to ‘dry’ the last thing I have left, to be skinny, skinny, really skinny for matrimony! I consume Greek yogurt, cereal bars and a lot of fruit.”

After 2 weeks, she returned to gringo lands to animate a Peruvian festival for compatriots who wanted to see her up close and enjoy her presence. This time, it was not her future husband with her, but her manager and her best friend who always accompanies her on her jobs.

YOU CAN SEE: Tilsa Lozano has a good relationship with Miguel Hidalgo: “The key is not to think about yourself, but about your children”

Tilsa Lozano traveled to New York to buy a wedding dress and Peluchín trolls her: “She’s going to be a lady”

Tilsa Lozano was captured by the cameras of Love and fire while walking through the streets of Miami, after having chosen her dress for the wedding, in which she will say “Yes, I accept!” a Jackson Mora. But that would not be all, because it became clear that the dream day would be very close.

Rodrigo Gonzalez, who did not hesitate to troll her, very well in her style: “How about landed, from Shakira, the Tilsa dance, who went to Miami to buy her dress for her future wedding, gets married, finally her dream came true her whole life, she’s going to be a lady,” she said.

Tags: Tilsa Lozano, Exvenger, Jackson Mora
Vergil Ortiz, hospitalized, misses the fight against Michael McKinson: “When it is your own body that fights against you, there is little you can do”
John Riel Casimero vs Paul Butler: date, time, channel, TV and where to watch the boxing match online
Boxing: Sergio Garca takes the giant Fundora to the limit but falls to the points
BOXING 3603