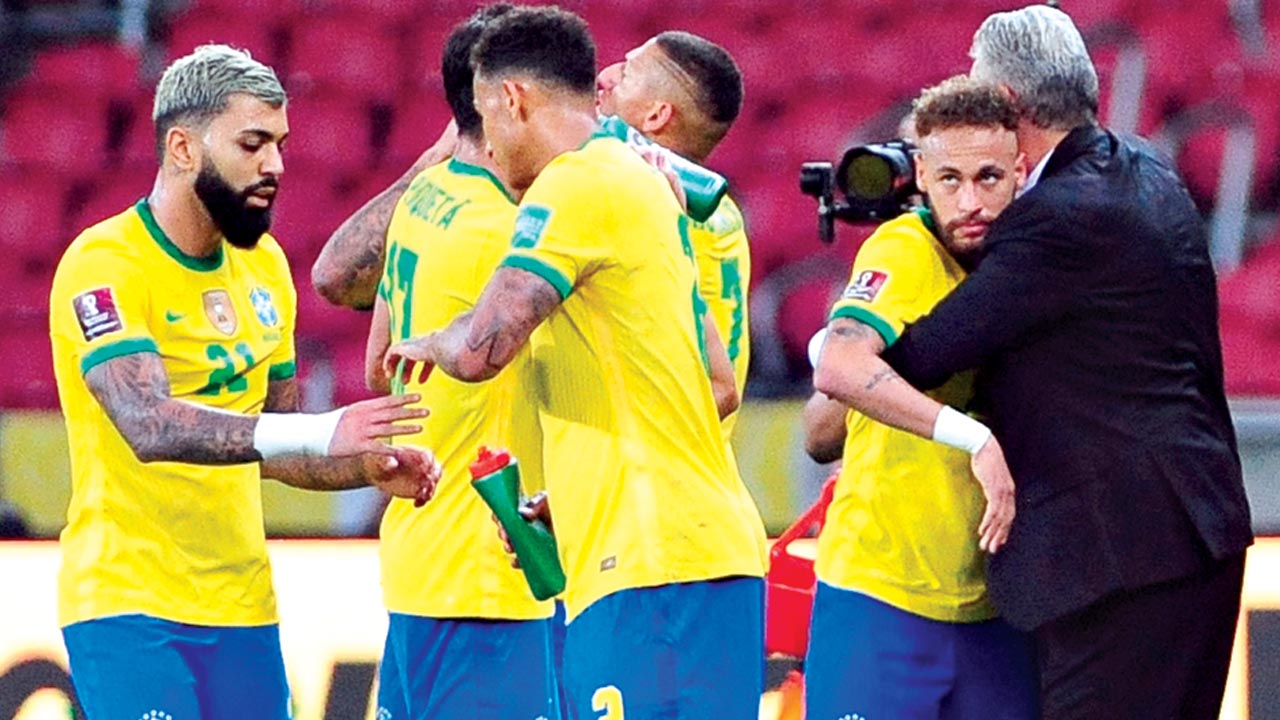 Brazil summoned 25 players, including eight from English clubs despite doubts about their possible appearance, for the tri

Brazil summoned 25 players, including eight from English clubs despite doubts about their possible appearance, for the triple round for the World Cup Qualifiers in Qatar 2022 in October, in which Canarinha will face Venezuela, Colombia and Uruguay.

The squad list released by the Brazilian coach, Tite, includes a large part of those who played the triple matchday in September, in which Brazil beat Chile and Peru (the match with Argentina was suspended), among which there are already headlines. consecrated such as Neymar, Casemiro, Éverton Ribeiro, Gabigol, Paquetá, Thiago Silva, Marquinhos and Vinicius.

But in the list the absence of some players who were regular Tite starters such as midfielder Bruno Guimaraes (Lyon-FRA), attackers Richarlison (Everton-ING), Roberto Firmino (Liverpool-ING) and full-back Dani Alves (without club).

Among those called up for the triple matchday, in which Brazil will visit Venezuela on October 7 and Colombia three days later, and will host Uruguay in Manaus on October 14, eight English club players stand out, such as goalkeeper Alisson and attacker. Gabriel Jesús, despite the uncertainty about his presence.