TJ Dillashaw shares when he will retire from MMA 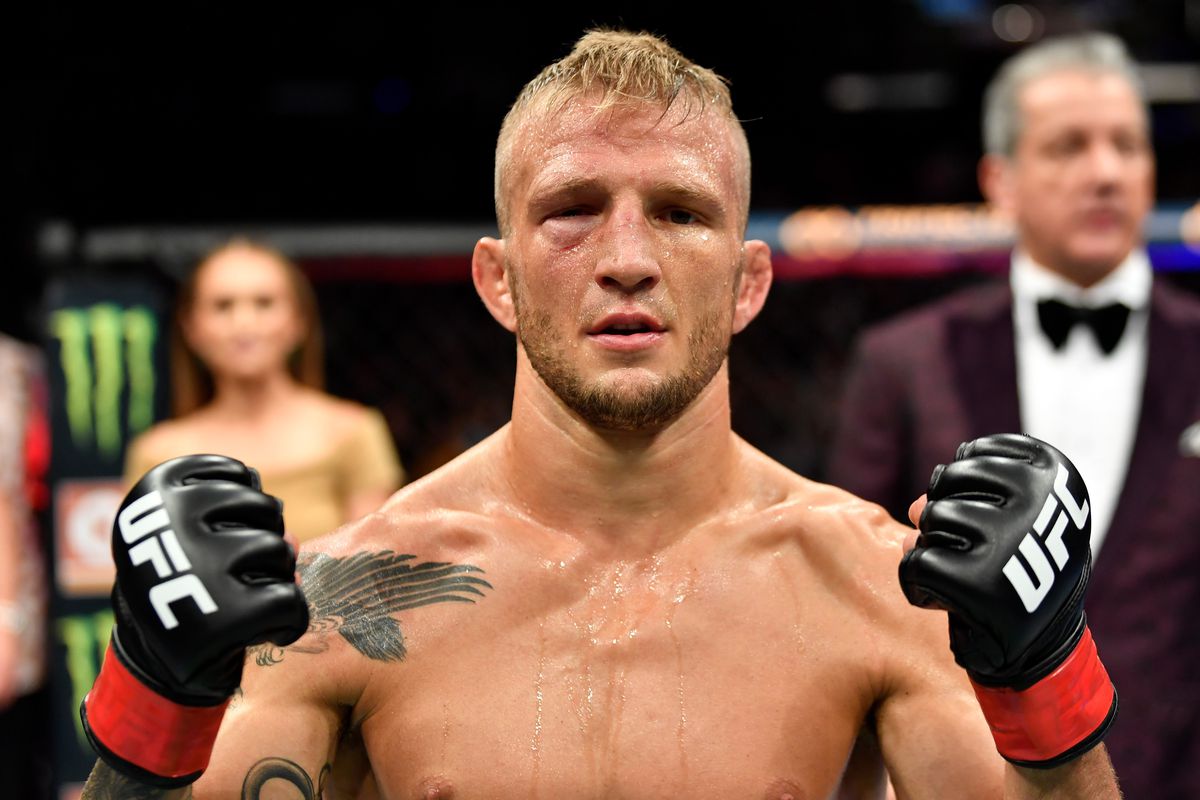 Former UFC bantamweight champion TJ Dillashaw reveals when he thinks he will finally walk away from combat sports. Dillashaw returned to the banta

Former UFC bantamweight champion TJ Dillashaw reveals when he thinks he will finally walk away from combat sports. Dillashaw returned to the bantamweight division after a long layoff when he fought Cory Sandhagen in an explosive main event in July.

In the five round war, Dillashaw found himself in trouble at first. After spending too much time in submission restraint, the former 135-pound champion suffered multiple knee tears. Fortunately, his ACL did not tear during the fight.

Despite the initial adversity, Dillashaw managed to secure a few takedowns and earned the victory in one of the closest fights of the year. After the contest, Dillashaw shared that he would be improving for the next three months.

In a recent appearance on The MMA Hour, Dillashaw was asked if he would fight until he was 40. The California native shared when he could hang up his gloves and stop competing in MMA. Additionally, Dillashaw stressed that his financial security will prevent him from staying longer than welcome in the fighting business.

«I do not know. I mean, that’s the cool thing. I don’t have to put up a timeline, and I also don’t have to say that I have to fight until 40 because I need the money. It’s about how I feel, what’s my career doing and how I’m performing, ”Dillashaw said.

“I guess my answer would be if I can’t say that I’m the best bantamweight in the world, the best in whatever division I’m in, then I’ll retire. If I don’t have a real chance of becoming a champion, what is the point of pursuing this? especially when you don’t have to do it for the paycheck. ‘

With intentions of reclaiming the bantamweight title, in the meantime, it’s safe to say that the No. 2 ranked Dillashaw isn’t going anywhere. Dillashaw was unable to step in shortly to face Petr Yan due to injury, so Cory Sandhagen will fight Yan instead. When the smoke clears after UFC 267, the former champion will surely be right on the precipice of challenging for gold once again.

The expected second fight of ‘Chito’ Vera this 2021 would be agreed for November 6 | Other Sports | sports
Halle Berry is sued by MMA fighter Cat Zingano
It does not have limits! Alexander Hernandez added another spectacular knockout at UFC Vegas 38
UFC/MMA 166