Today’s matches: the soccer agenda to watch on TV this Friday, July 15 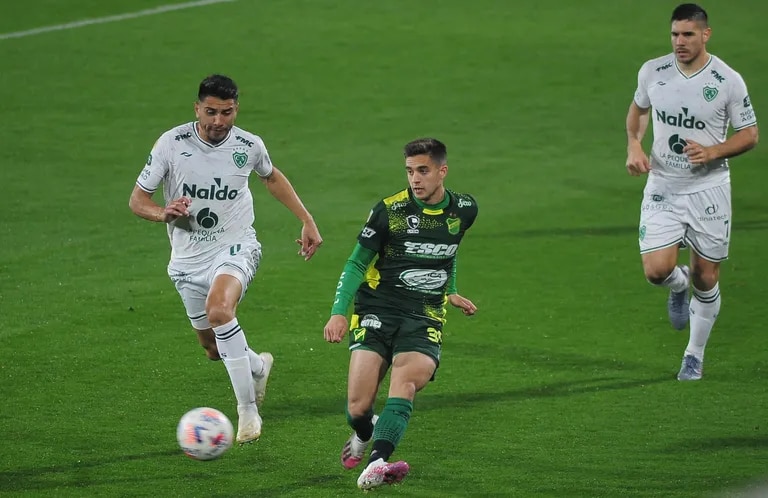 Starting at 7:00 p.m., Sarmiento and Defense and Justice face each other at the Eva Perón stadium in Junín. The meeting is broadcast by Public TV,

Starting at 7:00 p.m., Sarmiento and Defense and Justice face each other at the Eva Perón stadium in Junín. The meeting is broadcast by Public TV, and the referee of the meeting will be Fernando Espiniza. In their last match, Halcón de Varela reversed the result and beat Aldosivi 3-2, after losing 2-0 at home. For his part, the “Green” comes from falling to Rosario Central in the Gigante de Arroyito. In their history, they met eleven times: Sarmiento won five games, Defense four, and tied twice.

A while later, at 9:30 p.m. Arsenal receive to Platense at the Julio Humberto Grondona stadium. The party broadcasts TNT Sportsand the match referee will be Pablo Gimenez. The Viaducto team defeated Patronato on the last date by 1-0, and has 10 points. As for the “Squid”, on the last date it equaled 1 to 1 against Newell’s, and is in sixth place in the championship with 13 units. Both met 16 times: the “Arse” stayed with six games, the “Marrón” with five, and tied on five other occasions.

Arsenal and Platense play at the Viaducto from 9:30 p.m.PhotoBAIRES

At the same time, Aldosivi and Atletico Tucuman They play at the José María Minella stadium in Mar del Plata. The meeting emits Public TVand arbitrates Nicholas Ramirez. The “Shark” fell on the last date against Defense, while the Dean defeated by 2 to 0 to Gymnastics (LP). The two teams met 15 times: “The largest of the Atlantic Coast” only won one, ATU five, and tied on nine occasions.

‘I also want to play football’: “I always say that it is a book that mixes football and life”
Rick and Morty and Adidas present the coolest soccer shoes of the moment
‘Football is not a war’, they respond to Samuel Eto’o after a statement | Soccer | sports
FOOTBALL 3182