Tokyo 2020: Carlos Ortiz, with a good step in golf 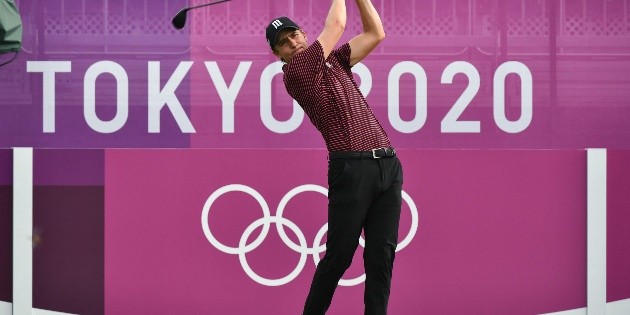 A dream debut was the one that Mexican Carlos Ortiz had in the first round of golf at the Olympic Games. With a total of 65 hits, six below par, O

A dream debut was the one that Mexican Carlos Ortiz had in the first round of golf at the Olympic Games. With a total of 65 hits, six below par, Ortiz shares the second position and is only two strokes behind the leader, the Austrian Sepp Straka.

The man from Jalisco showed good rhythm during the 18 holes and little by little he made a place among the best at the Kasumigaseki Country Club. In total, during the entire first round of the tournament, Ortiz made seven birdies, but on the ninth hole he also registered a bogey that took him a bit away from first place.

Carlos Ortiz is just two strokes behind the lead, which at the moment belongs to Austrian Sepp Straka, who registered eight birdies to take the lead with eight shots under par.

On the other hand, the Mexican Abraham Ancer was a little behind in the fight for the first places even though he had started the first round in a good way.

After his first 10 holes, Ancer had already three strokes under par and was fighting for the first places. Nevertheless, in his last eight holes he could not connect any birdie and, on the other hand, a bogey which has it out of the first 20 places at the moment with a cumulative 69 hits, two below par.

The second round of the tournament will take place this Thursday from 5:30 p.m. Central Mexico time, where Mexicans will seek to improve their registered numbers after their debut in Tokyo 2020.

Discover the exclusive content that we have prepared in INFORMAPlus, the digital application of EL INFORMADOR, where from 12:00 noon, at the end of each sports day, an exclusive supplement will be published with all the details of what happens in Tokyo 2020.