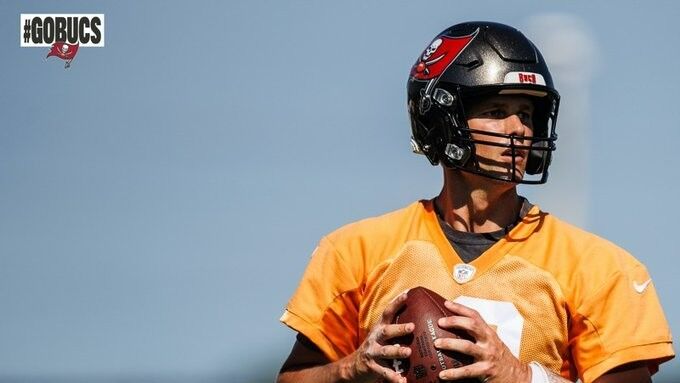 Lyou Tampa Bay Buccaneers are a few weeks away from starting the 2022 NFL season with Tom Brady as their starting quarterback and with him back they become great favorites to win another super bowlIn addition, the passer can increase several league records that are in his hands.

Tom Brady as a player has a large number of established records that have never stopped growing and among them is the record for most aerial yards that is practically unbreakable, only Drew Brees came close to reaching the record. Brady’s number but backed off.

Obviously, the next season will be harder than the previous ones for Brady, defenders are tougher and faster than before, but be prepared for that kind of punishment, especially after more than 20 years playing in the NFLalthough his experience will help him stay current.

What records can Tom Brady break in 2022?

Most passing yards: currently the leader with 84,520but with another season it could be close to the 90 thousandfor that he must add more than five thousand yards to his record so that no one can catch him soon.

Most seasons with 2,000+ yards: It’s unlikely another quarterback will break this record, but Brady could be close to breaking his own 20-season record with 2,000 yards and add one more campaign.}

Most completed passes in a career. Tom is the top leader with 7,263 completionsonly Drew Brees was slightly close to that record with 7,142.

Most career pass attempts. Another record held by Brady with 11,317 attempts since his debut with the New England Patriots. No other active player could come close to his record.

Most games started (regular season and playoffs). Of 2001 to 2021 Brady jug, in regular season316 times as a starter and during the postseason he established a record of 47 starts. Both records are unbreakable.