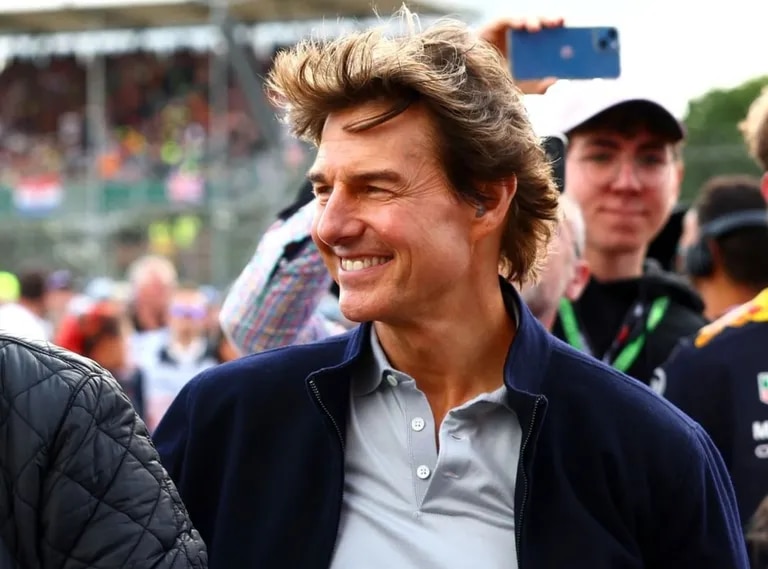 Tom Cruise he chose a great stage to celebrate his 60th birthday: the British GP, which was hailed by fans as the best of the season so far. The ac

Tom Cruise he chose a great stage to celebrate his 60th birthday: the British GP, which was hailed by fans as the best of the season so far. The actor attracted attention from the previous one, when he walked towards the Mercedes paddock area and had to make his way through the crowd that asked for a souvenir selfie.

Lewis Hamilton is usually the star of this grand prix, having climbed to the top of the podium eight times since his first time as an F1 driver in 2008, when he was driving a McLaren. Now with Mercedes, after having won first place three times in a row, the forecast for the weekend was victory. Probably with that projected security, the team had as a luxury guest the protagonist of the film of the season, top gun maverick, and gave him access to the best view in front of the starting grid, a complete experience that he was able to enjoy alongside Toto Wolff, the team’s CEO.

But not everything was happiness in that area because Hamilton was overtaken by the Spanish driver Carlos Sainz, who won his first F1 race, and by the Mexican Checo Pérez, in a victory-flavored second place because it was the result of a comeback from the bottom that left the Briton behind. The Mercedes driver had to settle for third place. But there is something undeniable: the show that Cruise experienced was of a high level until the award ceremony that he witnessed in the front row.

The American shared smiles with two proud parents, Lewis Hamilton’s and Checo Pérez’s. The latter could not hide his happiness at his son’s result and kissed Anthony Hamilton on the cheek, an image that soon went viral due to the effusiveness of the reaction. At his side, Tom Cruise joined the celebration and patted the Mexican’s father on the back as a sign of congratulations. The images were taken advantage of by social network users who did not miss the opportunity to compare the resemblance of the Red Bull driver with the renowned actor and were captivated by the friendly attitude of the protagonist of Mission Impossible. 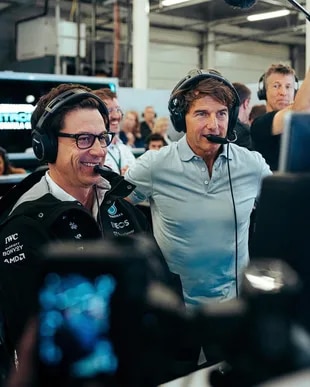 Tom Cruise experienced first-hand the emotions left by the Silverstone GP in Great Britain; he was a guest of the Mercedes team in the paddock@mercedesamgf1 – @mercedesamgf1

With the overwhelming success of his latest film top gun maverick, Tom has been to big events to relax after the promotional campaign, first at the Rolling Stones concert and now at Silverstone. The achievement of the film is not for less because it is the highest grossing of his career, exceeding 800 million dollars collected around the world. Tom Cruise with Lewis Hamilton at the British GPInstagram @f1

But the birthday celebrations didn’t stop with the roar of the engines, as Cruise also celebrated at Adele’s concert in Hyde Park this weekend. The VIP area staff made the night unforgettable backstage, where they brought him a cake and sang the traditional happy birthday to him. Some attendees said that the actor was very happy singing several songs from the British repertoire. According to local media, in the next few days he will have a party at Soho Farmhouse, Oxfordshire, together with his closest friends.

GAURSA brings the Formula 1 of the Alpine team to its Alto de Enekuri concession
GP Miami F1 2022: Carlos Sainz: “Third place is something worthy, but I want more”
Verstappen, F1 world champion, will put his car up for sale
FORMULA 1 1919