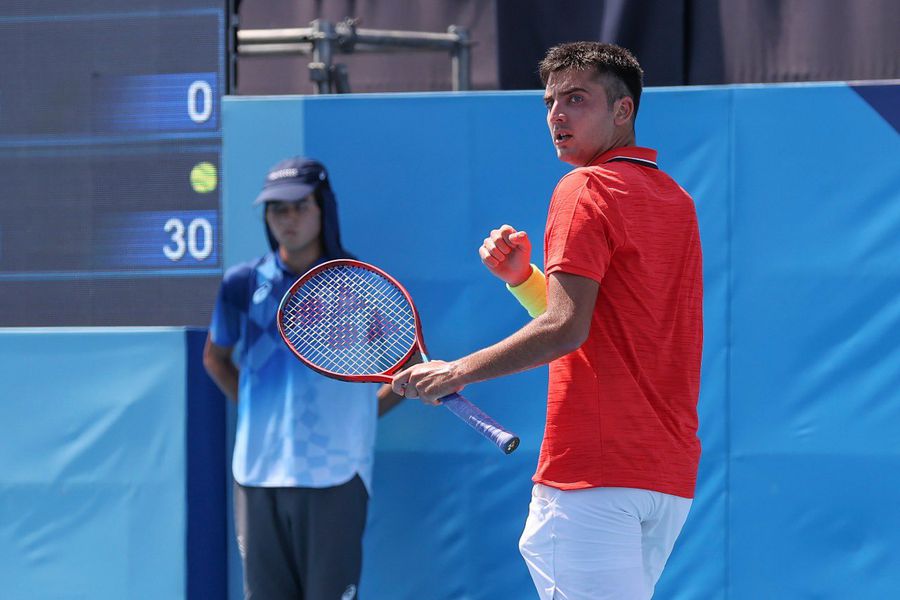 Confirming that he is experiencing the best season of his career, the national tennis player Marcelo Tomás Barrios Vera (193 °) reached the semifina

Confirming that he is experiencing the best season of his career, the national tennis player Marcelo Tomás Barrios Vera (193 °) reached the semifinals of the Challenger 80 of Meerbusch, after beating the first seed of the German tournament, the local Daniel Altmaier (124 °), by 6-4, 1-6, 7-6 (4).

The chillanejo overcame stomach upsets that had prevented him from playing in doubles with Alejandro Tabilo. He also benefited from the retirement of Spaniard Nicola Kuhn, his quarterfinal rival, so he was able to arrive quite resolutely in the duel against Tabilo’s executioner in the first round.

Showing a very solid tennis, the Chilean took the first set, where the Chilean took advantage of one of the five break opportunities he had to get on track in that first set. However, in the second set he was absolutely overwhelmed and making several mistakes. However, in the third, he raised the level and managed to get the game through with a tie break that he played to perfection.

Thus, Guillermo Gómez’s pupil managed to access his fourth semifinal of the season, where he will face the experienced Dutchman Robin Haase (226th), who defeated the German Mats Morang (4-6, 6-3 and 6-3). 246 °).

Alexa Guarachi was unable to advance to the Montreal WTA 1,000 doubles semifinals. Together with her partner, the American Desirae Krawczyk, they fell 6-4 and 6-2 against the Croatian Darija Jurak and the Serbian Andrea Klepac.

The duel was important for the Chilean-American duo because it gave them the chance to establish themselves in the fight for one of the eight spots for the WTA finals. Currently, the pair is in ninth place in the race.

How to combat uncomfortable cut balls in tennis?
Alexander Zverev, gold in the tennis of the Olympic Games
Tomás Barrios wins the first major title of his career and reaches the best ranking of his life
TENNIS 23