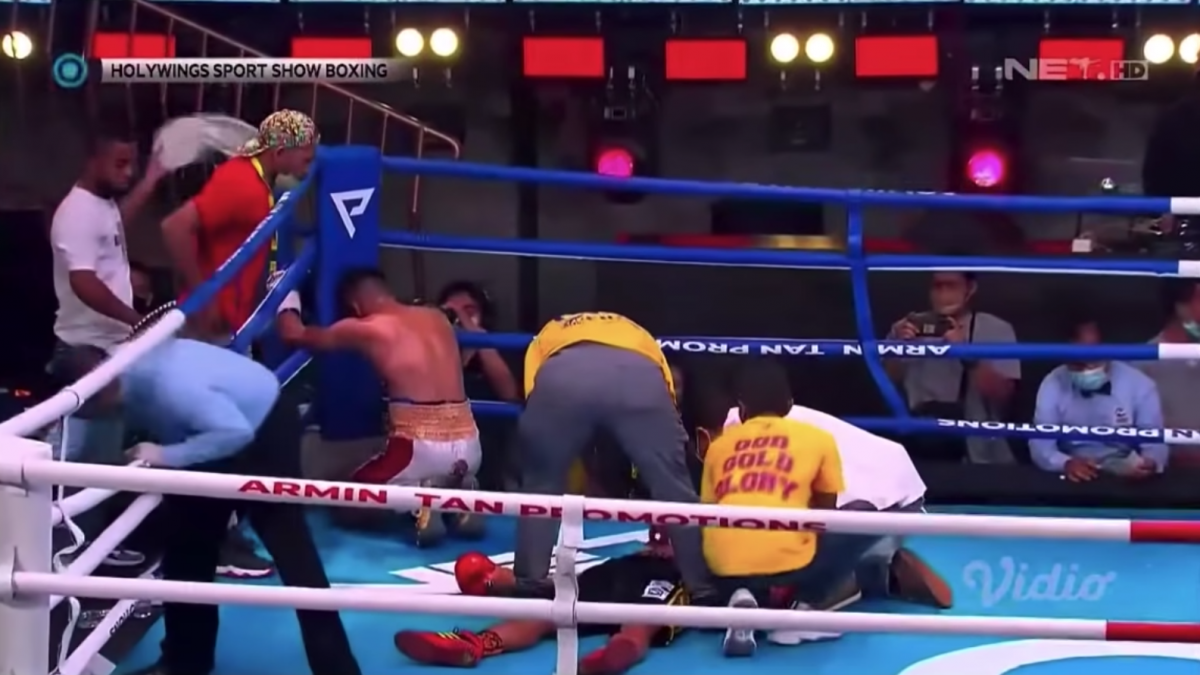 A boxing match between Indonesian James Mokoginta and Hero Tito ended in tragedy for the latter, who lost his life after receiving a brutal knocko

A boxing match between Indonesian James Mokoginta and Hero Tito ended in tragedy for the latter, who lost his life after receiving a brutal knockout.

The fight between Mokoginta and titus It took place on February 27, when the second of them fell to the canvas in the seventh round after a powerful uppercut.

Due to being unable to get up, Hero Tito was taken out of the ring on a stretcher to be transferred to a hospital, where he fell into a coma and died a few days after the fight.

It was not the first boxing match between these boxers, since they had already faced each other in 2015. On that occasion, the victory had been taken by Hero Tito, who was married and had two daughters, one 13 years old and the other five.

Five people are charged with the murder of Héctor “Macho” Camacho

Head down and surrounded by armed police, the first suspects arrested nearly a decade after the murder of Puerto Rican boxer Hector “Macho” Camacho appeared in court Wednesday to face murder charges.

Five people were charged with murdering the “Macho” Camacho and a friend, when they were sitting inside a Ford Mustang in front of a bar in November 2012. His death caused a stir among the many admirers of the boxer.

Three of the defendants are serving federal sentences for charges unrelated to Camacho’s death, and were flown in from Florida as part of the so-called “Operation Knockout.”

Tags: video tragedy boxer hero tito dies receiving brutal knockout
“I am sure that Mayweather and McGregor have contacted each other for the rematch”
Edomex receives Aguascalientes for a Boxing Dual Meet
Boxing: Official: Manny Pacquiao, the only eighth-time champion in history, hangs up his gloves: “Thanks boxing”
BOXING 3637