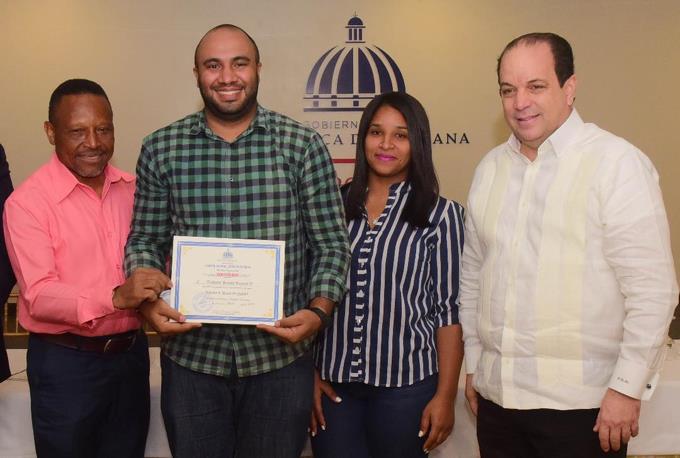 The National Boxing Commission certified 10 new referees who completed the training course for professional referees in that discipline, who received the training during the last three months of last year.

The delivery of certificates was headed by the Administrative Deputy Minister of the Ministry of Sports, Franklin De la Mota, who stated that Minister Francisco Camacho is complying with all the postulates of President Luis Abinader’s government program.

“In times of pandemic, sport stopped for several months, but what did not stop was the training and professionalization of the different actors in national sport, such as the case of boxing referees,” said De la Mota.

He affirmed that boxing and other disciplines can count “always on the support of the Sports Minister, Francisco Camacho, who has shown that he is a great ally of youth and national sports, not with words, but with deeds.

On his side, the National Boxing Commissioner, Ramón Valdez, speaking, stated that the results of the course will have a great impact for Dominican boxing, and the new referees will be able to work on professional billboards.

“Now of these 10 new professional referees, there are four who have debuted in professional evenings in the country, where they have begun to show their quality on top of the ring,” he stressed.

He said that the course was held at the Billy Thompson Club, with the support of the Ministry of Sports.

“We will continue with these training courses at the national and international level,” he said.