Tribute to the four Olympians in an evening with great fights 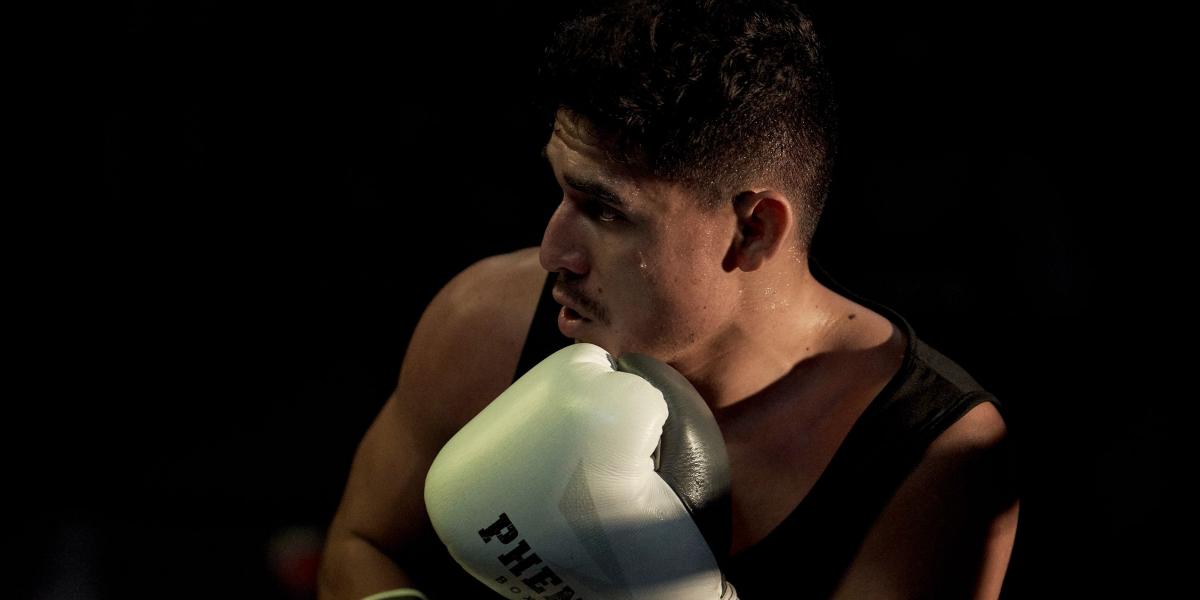 The most special boxing evening. Glory Nights will ring the bell with a spectacular evening in which attendees will enjoy five bouts of international relevance. The event will be a real show, far from the idea that this sport has had in our country until now, at the Espacio La Alquería in Madrid.

The idea arose thanks to Fernando Sánchez and his promoter Emporio Boxing. This boxer and businessman, tired of seeing how the noble art is not at the same level as in other European countries, has decided to take command and take it to the top of the national territory. It will not be an easy task, but of course, Emporio Boxing bets heavily with Glory Nights. Amin Hachimi, Jordan camacho, Carlos Ramos or Youba sissokho, are just some of the names that are under his tutelage and that will give a sample of his potential.

Boxing is in fashion and is now going through one of its best moments. Therefore, tonight could not miss a tribute to the heroes of Tokyo 2020, who touched the metal up to three times and although it could not be, they returned home with their more than deserved Olympic diplomas. Bad luck for the Spaniards who did not sign a less relevant paper for this reason.

Great job from the guys from Rafael Lozano placeholder image, the national coach, who could not count on his captain this time Youba sissokho, which will be part of the first evening of Noches de Gloria in its professional debut. The boys of Olympic boxing have already confirmed that they will attend this special event.

Sissokho will debut in the professional field. An idea, a dream, that never ceased to be present in the mind of one of the most important boxers, on a social and sporting level, that Spain has been able to have throughout its history. Born in Dakar, Senegal, he moved to Mallorca for health reasons when he was very young. At 18 he was already a member of the Spanish Olympic team. He has a European bronze and was an Olympic in Rio 2016, in fact, he has been captain of the national team for three cycles. Very involved in social causes in his native country, he claims boxing as a means of integration. Although on ring he does not make friends. So it will suffer Jair Cortés, an Ecuadorian living in Zaragoza, who dignifies boxing based on sacrifice. A unique opportunity for Jair, who will not make things easy for Youba in his six-round debut.

Another of the protagonists will be Amin Hachimi. The 23-year-old from Madrid wants to stop being the great promise of Spanish boxing to start becoming a reality. He made his debut very young and was devouring rivals, so professionalism was the solution for Aluche. After an injury to his right hand, which kept him out of the ring for a year, luck is smiling again and he is ready to achieve his sixth victory by KO. His 8-round duel against Jacoppo fazzino It is a double-edged sword. The Italian, with nothing to lose, is used to or facing promising fighters and is not afraid of him. He will go for it all.

A great acquaintance of amateur boxing who will not miss this great night is Jordan camacho. At 23 years old, he is another of the great prospects of the promoter Emporio Boxing, he has been champion of Spain amateur in all age categories and just a few months ago he went to the professional field with a great debut by KO in the first round against to Romelis Martinez. Your rival will be Joel sanchez, in a duel agreed to 4 rounds. It promises to be a combat of great intensity.

The star combat of the evening will undoubtedly be the one who faces Carlos Ramos and Rubén García, ‘Peli’. Two stories that intersect and that at the same time couldn’t be more different. Ramos, a left-handed boxer of Ecuadorian origin, was a member of the Spanish Olympic team and, at 25, dreams of being the European featherweight champion. After fighting in such iconic places as England or the United States, his time is getting closer and closer. ‘Peli’, meanwhile, is born and raised in Madrid. A hard-working neighborhood boxer, he grows up in the face of challenges and brings out the best of himself when he feels he is in danger. Beating Ramos could give his career the reward it so much deserves, but he’ll have to stay calm if he doesn’t want to be knocked out in the opening rounds. A fight that has raised great expectations in boxing Madrid. Two opposite ways of understanding life and boxing, face to face.

And could not miss Melania Sorroche, the two-time European bantamweight champion. A fighter and a real nightmare on the ring, she is a luxury for Spanish female boxing. The world title is getting closer and she will face the Italian Angela Cannizzaro ‘Amira’ in eight rounds. A victory would leave him, 5 years later, on the verge of a rematch of a world title loss that he never deserved. Boxing always gives a second chance no matter what time goes by.

Catacaos boxer asks for support to open seedbed and discover talents
everything yes and no to start you successfully
Boxing | Olympic Games: Bakhodir Jalolov prolongs his reign and makes Uzbekistan smile
BOXING 438