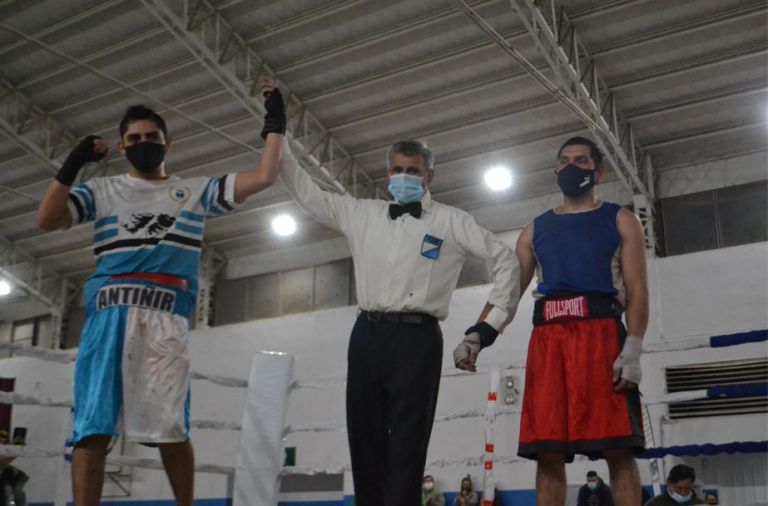 Finally, the amateur boxing festival proposed by the Rio Negro federation last Sunday afternoon at the Sports Center in the neighboring town was able to take place with great success, with 14 fights. Despite the complications due to weather conditions and the state of the routes, the day returned the smile and action to the fighters in the region.

In the stellar combat of the proposal that organized the Río Negro Box Federation with the accompaniment of the Municipality of Dina Huapi and the Secretariat of Sport of Río Negro, the triumph was for the Barilochense Sebastian Antiñir, who won by points in a unanimous decision to the Bolsonian Damián Cayuleo.

In the semi-fundraiser there was also the presence of a boxer from our city, but in this case the victory went to the visitor. The roquense Ramiro Escobar placeholder image He beat Nicolás Lazarte before the limit, since the referee decided to stop the fight in the second round due to a bleeding that they could not stop in Barilochense.

The women also encouraged the afternoon and there was a duel between athletes from Bariloche: Daiana Valdebenito beat Andrea Catricheo, while Maia Ángel, also from our city, tied with Rocío Martí de Catriel.

The Box Amateur festival could be followed live on the Federation’s Facebook and the program was also presented “Children’s Boxing without Contact” launched by the Argentine Boxing Federation aimed at children between 6 and 13 years old, in which the youngest learn to jump rope, work with the boxing bag, shadow training, manocleo with spotlights and dodge and steps, with the exhibition of the allense Dylan Saldías of 6 years.