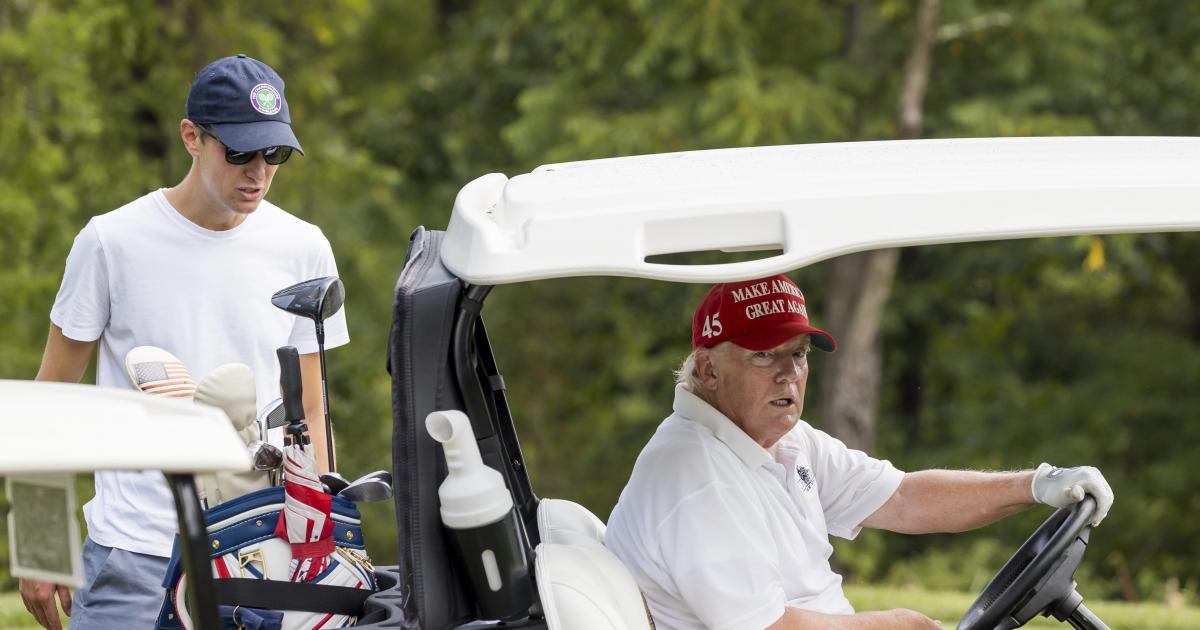 Former US President Donald Trump planted this Thursday doubts about the authorship of the attacks of September 11, 2001on the course of a golf tournament financed by Saudi Arabia, at the gates of which relatives of victims and survivors of those attacks perpetrated mainly by Saudi citizens have been protesting.

Wearing the red cap with his “Make America Great Again” campaign slogan, Trump responded to a reporter who asked for a message for the victims of 9/11, which they protested a few days ago and will do so again this Friday to denounce the new LIV tournament, backed by money from the Saudi government.

“Nobody has gotten to the bottom of the issue with 9/11, unfortunately, about the maniacs who did that horrible thing to our city, our country and the world,” the former president comments in a video in the golf circuit of your complex Trump National Gold Club, located in Bedminster, New Jersey.

The videos of the statements, taken by sports media and uploaded to the Internet, accumulated thousands of visits and critical comments in just a few hours on social networks such as Twitter.

Trump has been in the crosshairs of the 9/11 crowd ever since he began encouraging golfers to leave the PGA Tour, which organizes professional competitions in the US and North Americaand bet on LIV, a circuit financed by the sovereign wealth fund of Saudi Arabia, which is held on its property.

A hundred victims and relatives protested at the gates of the complex and they plan to do it this Friday to focus on the relationship between the Saudi government and the attacks in which about 3,000 people dieda good part of them in the Twin Towers of New York, a neighboring state of New Jersey.

The organizations that bring together the 9/11 collective have alluded to the documents from the US investigation into the attacks, recently declassified by the FBI, and which delve into the role played by Saudi Arabia, a country of which 15 were citizens. of the 19 perpetrators of the attacks.

Tags: authorship, Tournament, finances
72 players will participate in the disc golf tournament ‘Oviedo, origin of the Camino’
The 36th ‘Villa de Benidorm’ tournament closes two days of the best grassroots football
A Granada golf tournament will calculate the carbon footprint of the event. Do you want to know when it is celebrated?
GOLF 1253