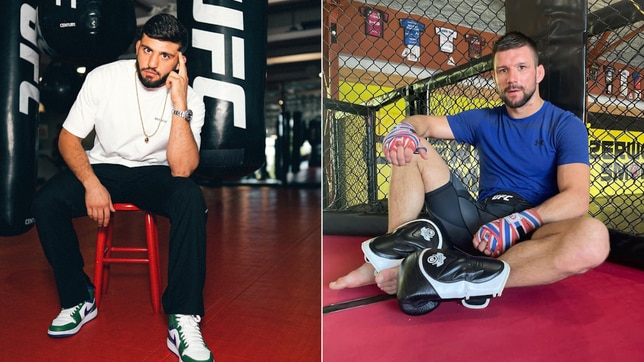 The UFC schedule is very intense. In 2021 they performed 42 shows and so far in 2022 they have organized 19. That rhythm means that you have to ha

The UFC schedule is very intense. In 2021 they performed 42 shows and so far in 2022 they have organized 19. That rhythm means that you have to have many fighters, as is the case, and many references. There are, but the search process is continuous and each year the alternative is given to a remarkable number. The normal thing is the cross between veteran vs. rising figure, but other times, like this Saturday in the main event of UFC Las Vegas 57, the company has decided on two rising fighters. Thus, Arman Tsarukyan and Mateusz Gamrot will collide. They are number 11 and 12 at lightweight. The winner will enter the top 10 of the tightest division, so there is a great desire to see if they deliver.

The presence of Tsarukyan in the star leaves a bit of a bad taste in the mouth of Spanish and Latin fans. ‘Ahalkalakets’ was Joel Álvarez’s executioner in his last fight. The Spaniard was injured at the first change and could not stop him. Another result might have found ‘The Phenomenon’ here, although right now that’s fiction. The reality is that Tsarukyan has earned his place. He has only lost two of his 20 matches, finishing in 70% of his matches. He lost in his UFC debut to Islam Makhachev, but then has five wins.

For its part, the dynamics of Gamrot is very similar. He has lost one of his 21 fights (58% completions) and that stumble was in his UFC debut. Since then, three wins in a row. He has done it, yes, with better records: three completions and with names like Jeremy Stephens and Carlos Diego Ferreira. That path and his previous path, in which he became champion of the prestigious European company KSW and has played many five-round fights, make the Pole the favorite. They are two very complete and young men (25 and 31 years old). The equality will be maximum, and the battle too. Time for the ‘Next Gen’.

UFC 273: The fights for the title and the complete card of the evening ag
MMA: Mendoza’s “Whip” Leppez goes for a vital international title in Chile
Cris Cyborg vs. Kayla Harrison? MMA fans go crazy
UFC/MMA 939