Turisme promotes golf in Sweden, an issuing market for the Valencian Community 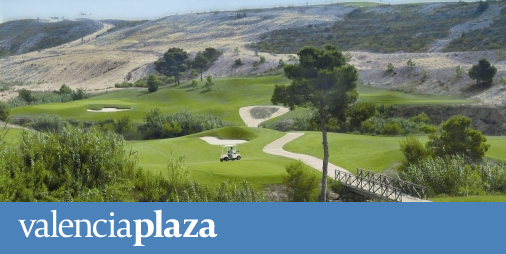 VALENCIA (EP). Turisme Comunitat Valenciana, together with the Association of Golf Courses of the Costa Blanca and the Valencian Community, partic

VALENCIA (EP). Turisme Comunitat Valenciana, together with the Association of Golf Courses of the Costa Blanca and the Valencian Community, participate in the Scandinavian Mixed tournamentwhich is being held in the Swedish town of Halmstad until this Sunday, June 12, to promote the tourist and golf offer.

The Scandinavian Mixed tournament takes place in one of the most important fields in Sweden, which already hosted the Solheim Cup in 2007, a competition between players from Europe and the United States. In its last edition, the tournament attracted 68,000 enthusiastic golf visitors who came individually and also with their families. This is a first-rate showcase and a great opportunity to reach a good number of potential tourists.

The Swedish market represents an opportunity for the Valencian Community also in the golf product, since there are connections with four airports in Sweden operated by five different companies, according to Turisme.

Sweden is one of the most important source markets for golf enthusiasts who travel to enjoy this sport throughout the year, according to the same sources that indicate that the quality of the golf courses and resorts, in addition to the rich and varied cultural, gastronomic, leisure and entertainment offer, means that a high number of tourists from Sweden choose the Comunitat.

Golf tourism in the Community

The golf product contributes to the deseasonalization of tourism in the Valencian Community since it is an activity that is practiced, to a large extent, outside the high summer season. In addition, the tourist who travels to practice this activity spends more than the average, which is why it is one of the strategic products for Turisme.

The more than 30 golf courses in the Valencian Community, signed by prestigious designers such as Severiano Ballesteros, Javier Arana, Jack Nicklaus, Robert Trent Jones Sr.are chosen each year by thousands of fans for the quality of their designs, installations and maintenance, according to the same sources.