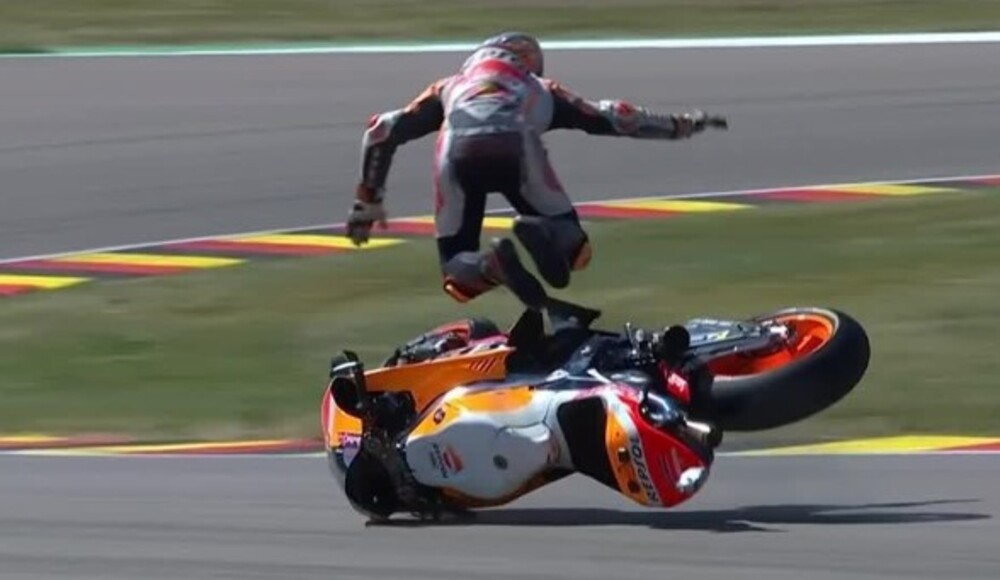 First MotoGP free practice session at this season's German Grand Prix and we already have a leading man. In this case it has not been any pilot, b

First MotoGP free practice session at this season’s German Grand Prix and we already have a leading man. In this case it has not been any pilot, but curve 1 of the Sachsenring Circuit. This curve is right where it reaches about 300 km/h and with a braking point of 250 meters before the vertex. It is already being seen that the MotoGP riders are having a hard time stopping the bike optimally.

The victims of curve 1 have been Andrea Dovizioso, Alex Rinswho had just undergone surgery after his big crash in the first lap of the Catalunya Grand Prix, and Pol Espargaro. That of Honda has been the one that has suffered the most by far: It has fallen twice in less than 5 minutes. The first fall has been without consequences and in the second, a ‘high side’, he has been seen more sore arm.

Not only have there been incidents in MotoGP, in the other categories, there have also been crashes at the first corner of the Sachsenring. Jaume Masià in Moto3 crashed without major consequences, while Tony Arbolino He also fell into the gravel at the end of the main straight after losing the front end. AAlbert Arenas, Fermin Aldeguer and Jake Dixon they’ve also had trouble going long through gravel.

At the moment the first three free practice sessions have ended with this corner as the protagonist, although there have been more accidents in other areas, such as turn 5, 6 and 13.