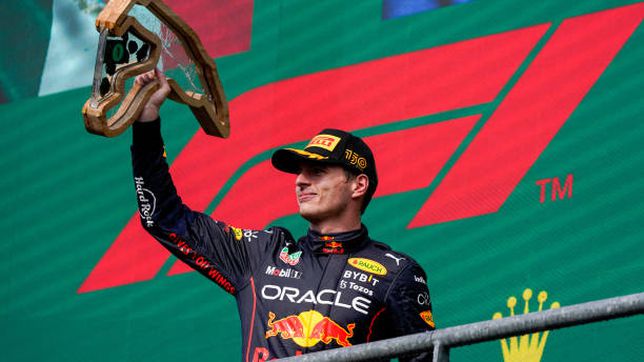 Verstappen wants to break all records this season. Max has won two consecutive races starting in the middle of the grid. Before the break, he bro

Verstappen wants to break all records this season. Max has won two consecutive races starting in the middle of the grid. Before the break, he broke all the schemes of the championship winning from tenth place, after having a problem in the classification of Hungary. And last weekend, the Dutchman started from fourteenth position to sign another historic comeback that gave him victory in Belgium.

Mad Max’s win at Spa makes him only the second driver in Formula 1 history to take a double win from position 10 or higher. The first to achieve it was Bruce McLaren, who won two consecutive races beyond tenth position but in two different seasons. McLaren won the last race of the season at the United States GP in 1959, starting tenth. A year later, in the first race of 1960, he won the Argentine GP after starting thirteenth in the first round of the year. Therefore, the feat of the leader of the World Cup gives him even more merit by winning two races with consecutive comebacks in the same season.

The number 1 has taken another step to become two-time Formula 1 world champion at Spa-Francorchamps. The one from Red Bull has escaped to 98 points from Leclerc and there are still eight races to go. Pérez is second at 93 points. The difference between the World Cup leader and his rivals is among the highest in recent years at this stage of the championship. In the year 2011, Vettel took 124 points to Button and in Hamilton 110 points to Bottas in 2020 with 14 disputed races.

The Dutchman aspires (although he has more records in mind) to win the championship with the largest difference since the new scoring format was introduced, although there are now more grands prix. Sebastian Vettel grabbed his fourth World title in 2013 with a 155-point lead over Fernando Alonso in 19 races. With eight races remaining this season, Verstappen can exceed this figure.

Loading...
Newer Post
“Ahead of football is mental well-being”
Older Post
Bamba Boxing Club, a boxing school in Veracruz is a benchmark of success for young people