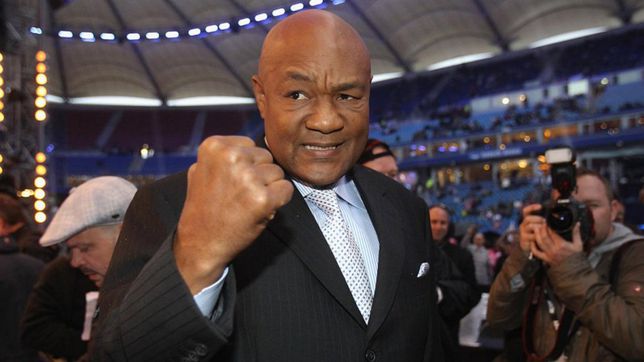 Foreman, 73, has denied the allegations since they were first made public in July.

“For the past six months, two women have been trying to extort millions of dollars from me and my family,” the former fighter said in his statement. “I don’t look for fights, but I don’t run from them either.”

Two women claim George Foreman sexually abused them when he was in his 20s and they were minors, this according to two new lawsuits, obtained by TMZ Sports. https://t.co/a2RubssqbU

The women filed their separate lawsuits under the pseudonyms Gwen H. and Denise F. in Los Angeles County Superior Court.

Foreman is referred to in the lawsuits as “DOE 1” but is described as the boxer who defeated Joe Frazier in 1973 to become the world heavyweight champion before losing the title to Muhammad Ali in 1974.

YOU MAY BE INTERESTED: Mauricio Sulaiman plans a category for transgender boxers

The women, now in their early 60s, said they met Foreman as children because their parents were associates of the former fighter.

Former boxing world heavyweight champion and Hall of Famer George Foreman has been accused of grooming and abusing two women in the 1970s – claims which he maintains are ‘baseless’. https://t.co/233msTZMEI

Denise said in her lawsuit that Foreman had sex with her when she was 15, in a San Francisco hotel room.

Gwen said she met Foreman when she was 9 years old and that he sexually assaulted and raped her when she was 15 and 16, in an apartment in Beverly Hills.

She said Foreman told her her father would lose his job as a boxing consultant if she didn’t agree to have sex.

Both women are seeking a jury trial and an unspecified amount in damages.

Boxing: Usyk trains with a team from the second Ukrainian soccer team for his fight against Joshua
Amazing! Floyd Mayweather leaves two boxing legends out of his top 5
From 1 to 10: These are Mike Tyson’s most controversial cars
BOXING 4196