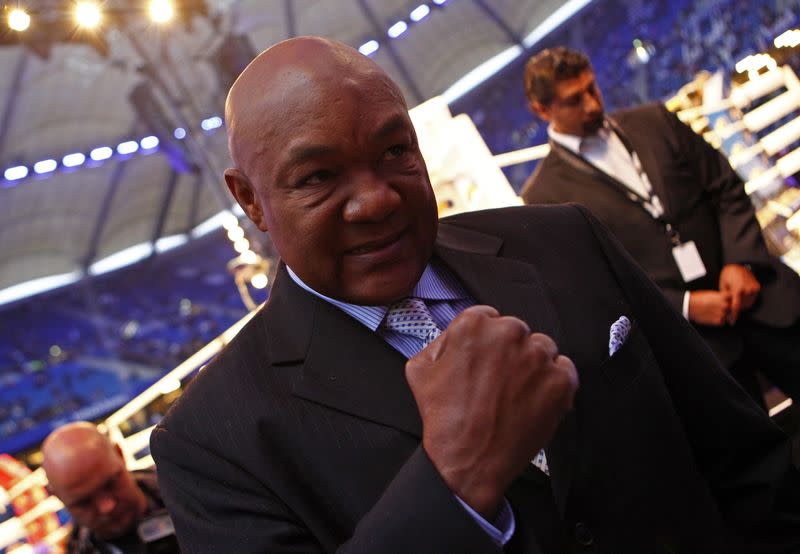 The women filed separate lawsuits Wednesday under the pseudonyms Gwen H. and Denise F. in Los Angeles County Superior Court. Foreman, 73, has denied the allegations since they were made public last month.

Both women, now in their 60s, say they met Foreman as children because their parents worked with the fighter.

Gwen, a resident of Nevada, said she met Foreman when she was 9 years old, and accused him of sexually abusing and raping her when she was 15 and 16, including in a Beverly Hills apartment. She said Foreman told her her father would lose her job as her adviser if she didn’t agree.

Foreman is referred to in the lawsuits as DOE 1, but is described as the professional boxer who defeated Joe Frazier in 1973 to become world heavyweight champion before losing the title to Muhammad Ali in 1974.

The lawsuits were brought in the wake of a California law that took effect in 2020 that temporarily voids the statute of limitations that had barred victims of childhood sexual abuse from filing civil cases. Both women are seeking a jury trial and an unspecified amount of damages.

(Reporting by Jonathan Allen in New York and Brendan O’Brien in Chicago; additional reporting by Nate Raymond. Editing in Spanish by Javier Leira)

In Pichilemu, an Olympic boxing evening was held. > The Rancaguino
Felix Tito Trinidad, a legend of the ring
Fernand Lopez thinks Francis Ngannou wouldn’t get an amateur boxing license if he wasn’t in the UFC
BOXING 4265