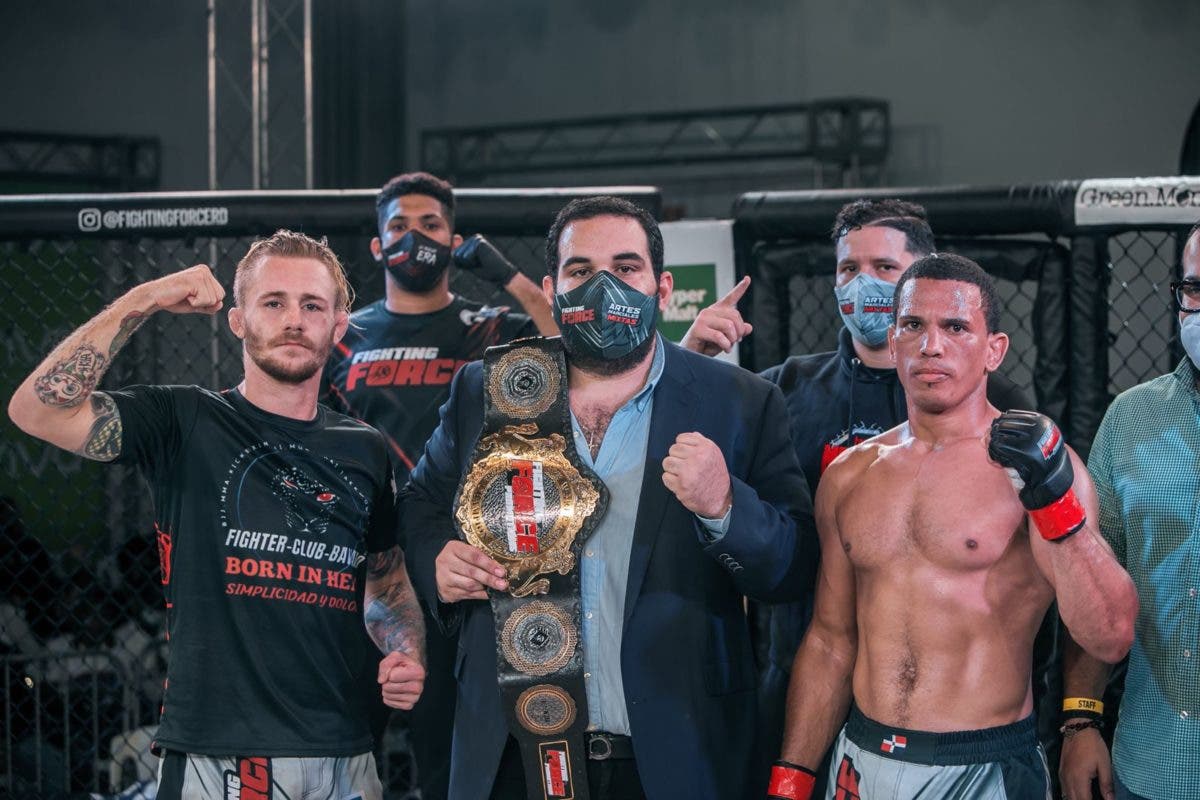 The start of the event was part of a great international billboard of the MMA, held over the weekend at the Syrian Palestinian Lebanese Club in Santo Domingo, which was small for the number of fans who attended. The event was organized by the Dominican promoter Fighting Force and had the support of the Ministry of Sports and Recreation, Dominicana de Seguros, among others.

‘Hulk’ Paulino sneaked into the final of the Grand prix after beating José Nectunes by submission (mataleón) in the first round. On his side, Ty Kalista beat Vincent ‘El Cuco’ Van Gogh by unanimous decision (30-27). Now, Paulino and Kalista will face each other to define the best 145 pounds of the Dominican Republic and the winner of the Dominican Insurance Grand Prix, which includes multiple prizes, including a cash prize of $ 100,000 pesos.

Rodolfo Dauhajre, President of the Fighting Force, announced for next November a great event that includes the Grand Prix final and on a stage with greater capacity to offer MMA fans the opportunity to see the best exponents of this sport. Dauhajre also confirmed that the promoter points to a November evening three title fights, all rematches.

In the star fight of the cartel, the Dominican Reynaldo &#8216;Tiki&#8217; Acevedo lost by submission (kills lion) in the first round against the Colombian Sebastián Piedrahita. Acevedo had been doing a great fight standing up, where he knocked down his opponent on 2 occasions, but in the floor fight his opponent was superior.

On his side, the amateur Estephanie Reyes comfortably defeated Gina Jophse by unanimous decision for her second consecutive Fighting Force victory. The amateur fighters received several prizes, including two Smartphone cell phones from Viva Dominicana, a 36 ”HD Smart TV from Plaza Lama, a snack kit from Mejía Árcala and a supplement kit from Universal Fitness.

Rodolfo Dauhajre, president of Fighting Force, along with Ty Kalista and Johansser &#8216;Hulk&#8217; Paulino, who advanced to the final of the MMA Dominican Insurance Grand Prix.