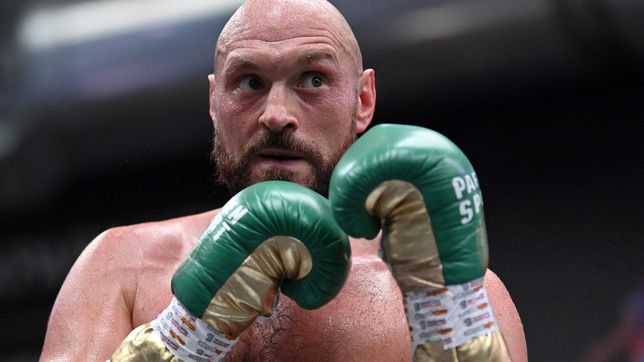 Tyson Fury vacated his heavyweight magazine 'The Ring' belt on August 13, 2022. The 'Gypsy King' assured that he was retired and therefore renounce

Tyson Fury vacated his heavyweight magazine ‘The Ring’ belt on August 13, 2022. The ‘Gypsy King’ assured that he was retired and therefore renounced the belt, which Oleksandr Usyk and Anthony Joshua disputed.

The Ukrainian beat Anthony Joshua on August 20 to thereby keep the heavyweight belt of ‘The Ring’ magazine. However, Fury revealed the reason why he relinquished the title and left between seeing him return to the ring to face Usyk.

Fury will seek to emulate the historic Muhammad Ali, who is the only boxer to date to have won the heavyweight belt of ‘The Ring’ magazine three times, something the Briton could achieve if he beat Usyk.

YOU MAY ALSO BE INTERESTED: The friendship that was not between Andy Ruiz and Canelo

Tyson Fury has now revealed that the reason he vacated his Ring Magazine belt is so he can become a three-time Ring heavyweight champion by beating Oleksandr Usyk. He would then share that record with Muhammad Ali who is the only other man to do it. [@SecondsOutLive]

Announce return to the ring

In an interview with BT Sport, Fury announced that he plans to fight before the end of the year. “Whoever Frank Warren picks, that’s who I’ll defend my WBC against, they’re all bums anyway,” he noted.

The fight against Usyk would possibly have to wait until next year, this after the Ukrainian ruled that he does not intend to fight again this year due to the injuries he suffered against Anthony Joshua.

“Now he doesn’t want to fight. He let go of her mouth and now he runs scared like a little bitch. He says that he wants to fight next year because he has some injuries from that fight. He find your balls and come see me” said Fury.

The first time Fury won the ‘The Ring’ heavyweight belt was in 2015 when he defeated Valdimir Klitschko. He did not accept the rematch and retired. However, again in 2020 he got it back by beating Deontay Wilder. Will he be able to emulate Ali?