Tyson Fury returns to the fray: challenges Anthony Joshua to fight for free 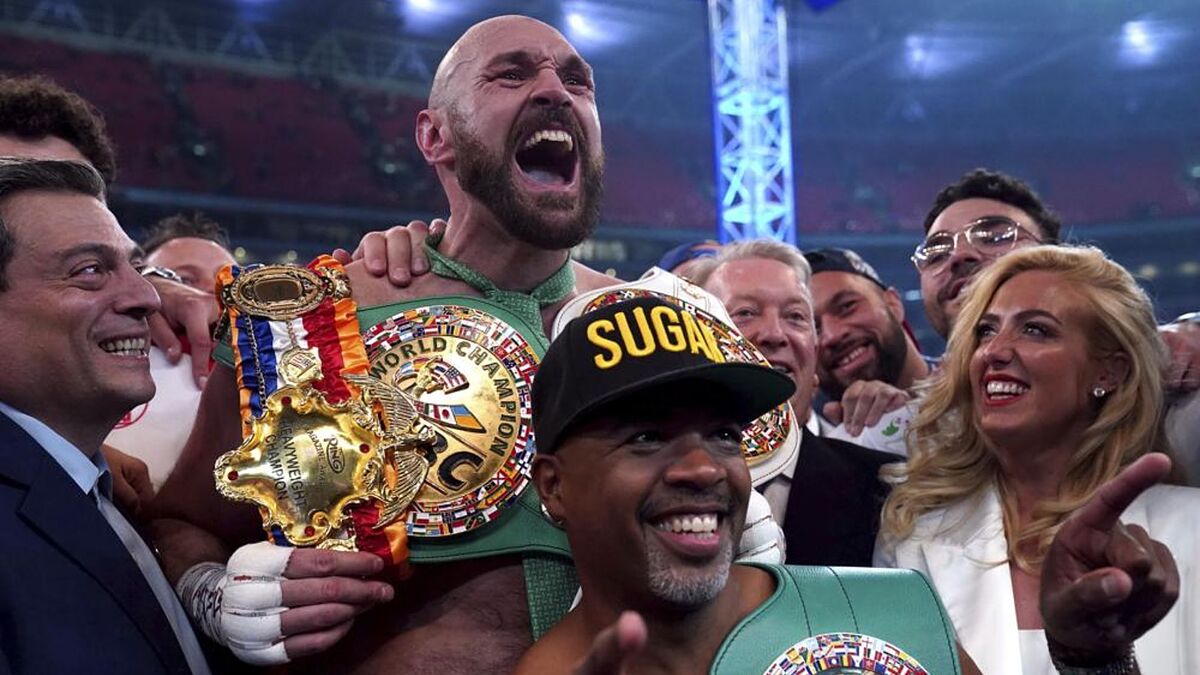 Tyson Fury announced his retirement three months ago but apparently, and in the purest style of Tom Bradythe pause of the heavyweight champion will

Tyson Fury returns to the fray: challenges Anthony Joshua to fight for free

Tyson Fury announced his retirement three months ago but apparently, and in the purest style of Tom Bradythe pause of the heavyweight champion will not last long.

Since the victory for Fury TKO on Dillian Whyte in April in London,’The Gypsy King‘ has repeatedly switched between expressing his desire to fight again and remaining retired.

The British fighter has not completely closed the door to his career as a boxer and that was demonstrated on his social networks. In a recent post on Instagram, Fury offered to fight with Anthony Joshua under quite interesting conditions, and of course unusual: everything has to be free.

This is a reconfirmation of what I have said about the fight with Anthony Joshua in exchange for everyone in England,” Fury began regarding his conditions to fight against his 1.98-meter, 32-year-old compatriot.

“That’s how the fight goes, sign the contract today, the fight has to be free, on free tv and all tickets are free. There is no money to be made from this historic British fight if it happens.”

Fury finished his ‘live‘ Saying that those are his guidelines to return to the ring and face Joshua again, to whom he left all the responsibility with his representatives to accept or not the rematch.

“These are the terms, I’m in the driver’s seat, take it or leave it. The ball is in your court, Take her or leave her, I don’t give a damn. There’s the offer, peace”, that’s how categorical the 33-year-old British champion was.

Although he announced his retirement from boxing after his win against Whyte, there is an assumption among those in the boxing world that Fury will return, including his father. John Fury.

Tyson’s father testified to DAZN in an exclusive interview that his son would put on the gloves one more time if Joshua can get past Oleksandr Usyk in their rematch for the world heavyweight championship on August 20.

Hearn assures that Fury is a genius because nobody questions him

However, despite Fury’s claims that he will fight for free with Joshua, the latter’s promoter, Eddie Hearnrecord in ‘The DAZN Boxing Show‘ that Fury has already gone on record with significant financial demands to break his apparent self-imposed “retirement” from professional boxing.

“He’s a genius, Tyson Fury, because nobody ever questions what he says,” Hearn said.

“On the one hand, he said you have to pay him 500 million to come out of retirement, and in the next sentence, he says fighting AJ for free in the non-PPV. It is absolutely brilliant.

Tags: boxing, Eddie Hearn - USA Latino, Anthony Joshua - USA Latino
Usyk and Joshua include The Ring belt that belonged to Tyson Fury in their fight
Usyk remembers the invasion of Russia: “I was praying, please don’t shoot me”
Tyson Fury offers to fight Anthony Joshua for free at Wembley
BOXING 3716