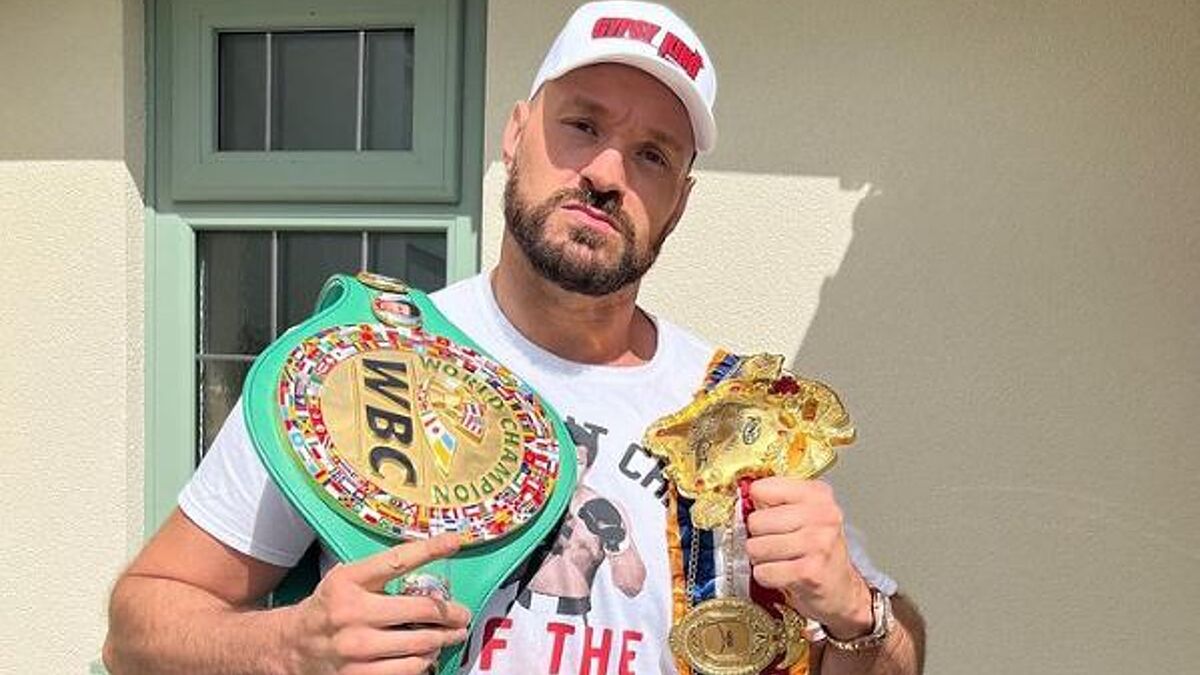 Tyson Fury he already thinks about his future and sees it big, because he let it be seen that he would like to become Prime Minister.The British bo

Tyson Fury he already thinks about his future and sees it big, because he let it be seen that he would like to become Prime Minister.

The British boxer revealed his plans for what he wants to do in a few years, during the opening of Sultan of Lancaster, his new restaurant.

“I want to thank everyone who attended today.

Back in the ring?

The 33-year-old Englishman announced his retirement last April after a brutal knockout of Dillian Whyte, which would give him plenty of time to work on his political manifesto.

However, it appears Fury hasn’t completely hung up the gloves as he has hinted that he will get back in the ring against Anthony Joshua if he beats Oleksandr Usyk next month.

Offer to fight for free against Joshua

“I swear to God I hope he wins the fight against [Oleksandr] Usyk so I can come out of retirement and fight him for free.

“However, the terms are these: I want it in Wembley Stadium, I want it in for free and I want it on broadcast television in this country.

“Fight him in England, not abroad in a foreign country for more money, here free to the people,” Fury expressed.

For now, Fury is negotiating an exhibition fight in November against the Former Game of Thrones star Hafthor Bjornsson also known as “The Mountain”.

“It will be a bit of fun,” he told The Telegraph.

“We’re talking to his team right now and it’s definitely something I’m interested in,” he added.

Although he announced his retirement from boxing after his victory against Whyte, there is an assumption among those in the boxing world thate fury come backincluding his father John Fury.

Tyson’s father told DAZN in an exclusive interview that his son would put on the gloves one more time if Joshua can get past Oleksandr Usyk in their world heavyweight championship rematch on August 20.

Loading...
Newer Post
Women’s Golf Team, runner-up in the Girls Junior Americas Cup
Older Post
Soccer leagues: How many are there in the world and which are the best