Tyson Fury’s celebration after knocking out Deontay Wilder, with a famous DJ 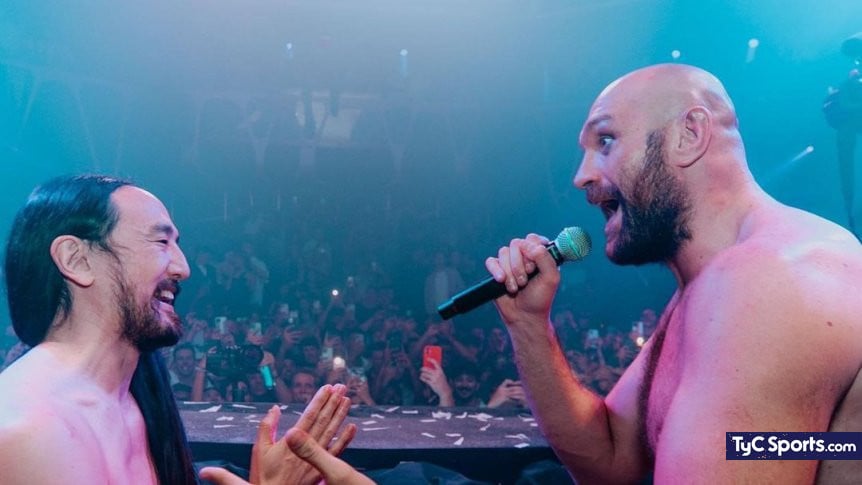 Tyson Fury’s celebration after knocking out Deontay Wilder, with a famous DJ

Tyson Fury, one of the great stars of boxing today, closed the historic trilogy with Deontay Wilder with a victory by KO11. And, unsurprisingly, the WBC heavyweight world champion celebrated his victory in style …

The 33-year-old Gypsy King was at a party with his wife Paris, his brother Tommy and other friends, at the Hakksan Night Club in Las Vegas, with Steve Aoki as DJ. 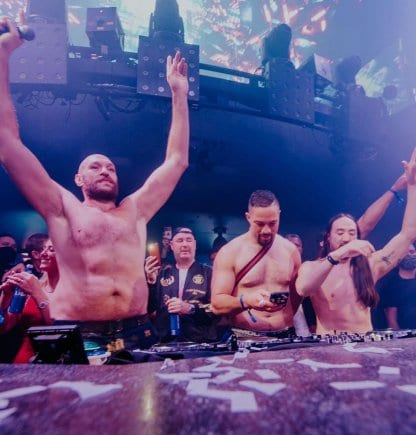 Later, Tyson Fury and his entire inner circle headed to the Wet Republic Ultra Pool, the racing space at the MGM Grand hotel in Las Vegas, to continue partying. According to the newspaper Mirror, they took a three-liter bottle of the campagne rose Ace of Spades, which is priced at $ 18,000.

Tyson Fury&#8217;s celebration after knocking out Deontay Wilder, with a famous DJ

What could be the next rival of Tyson Fury

Tyson Fury, the WBC world heavyweight champion, could face the winner of the duel between Dillian Whyte and Otto Wallin (whom he already defeated in 2019), who will meet on October 30 in Greenwich. In addition, there is expectation about whether a fight with Oleksandr Usyk, a Ukrainian who comes from snatching the WBA, IBF and WBO world titles from Anthony Joshua, will be possible.