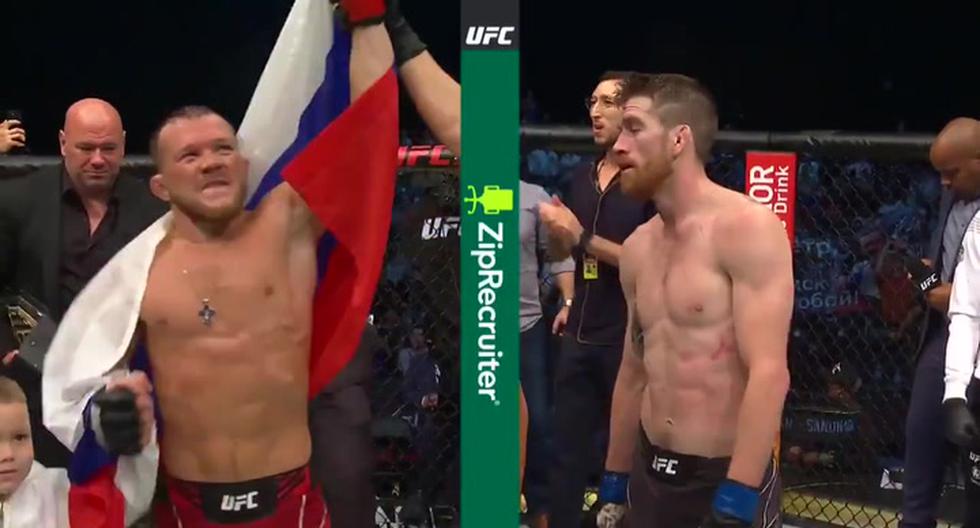 Petr Yan offered a new show of power this Saturday in the UFC 267 co-feature, where he defeated Cory Sandhagen by unanimous decision after five action-packed rounds. Thanks to the victory flavored with revenge, he is the new interim champion.

After losing the bantamweight title to disqualification to Aljamain Sterling, the Russian fighter took a new step towards regaining his title.

He had waited since March to be forceful again in the Octagon and he did so at the Etihad Arena in Abu Dhabi. After winning, he made it clear that he intends to look for the belt that he let escape.

“Cory is a well-deserved opponent. I knew that at some point the course of the fight would change, &#8220;he said after winning on points.

“It&#8217;s great to be champion in Abu Dhabi for the second time. Now it&#8217;s like being at home ”, he dared to say. “Everyone knows that I am the true champion. I am here and ready to fight anyone. It will be Dillashaw or Sterling, ”he added, although Dana White announced that the interim title winner would face the latter.

Sandhagen, meanwhile, accumulated his third fall against the three best bantamweights on the planet. “He&#8217;s a great fighter, man. I was better tonight. I have nothing more to say, &#8220;said the American.

“I always say that I want to fight the best in the world because I know that will make me the best that I can be. I am grateful to be able to fight against the best tonight and I will learn from there and I will come back and beat him a second time ”, he sentenced.