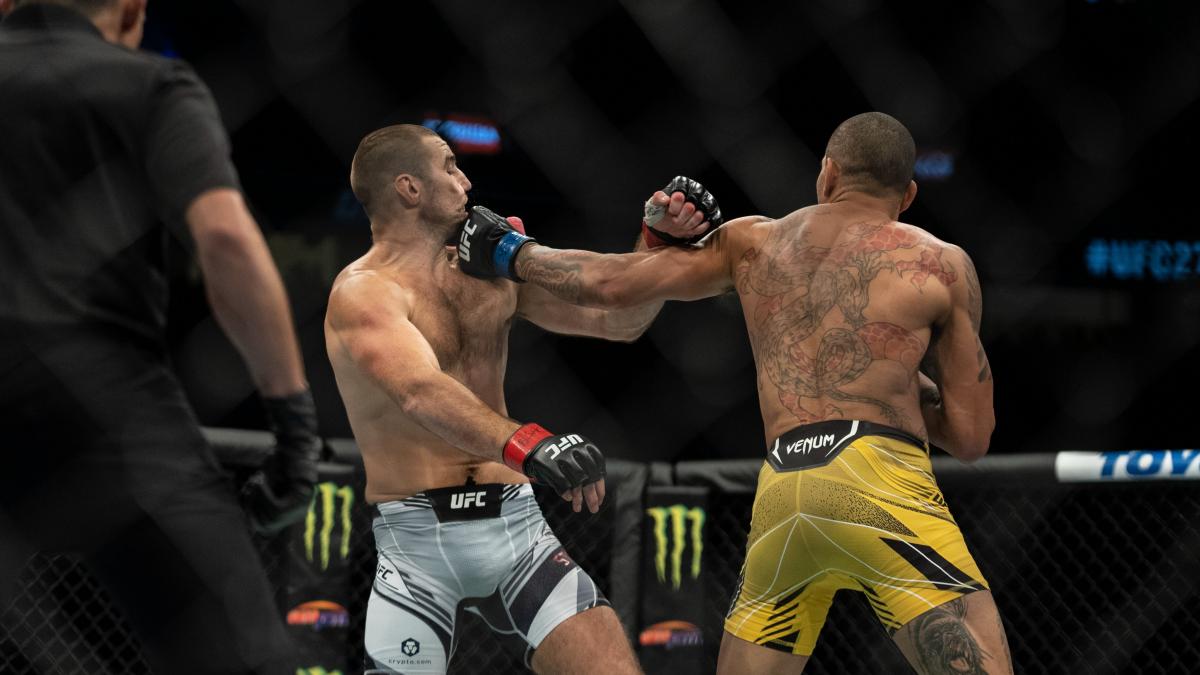 the brazilian fighter Alex Pereira defeated the american Sean Strickland with a brutal knockout in the first round of the fight held at the UFC 276 event, on the undercard Adesanya vs Cannonier.

Pereira demolished Strickland with a powerful left hook that landed right on the American’s jaw. The 31-year-old fighter visited the canvas upset, although he got up as best he could just to show that he was in bad shape and seeing him, the referee ended the fight.

THAT LEFT HOOK FROM PEREIRA PUTS STRICKLAND TO SLEEP pic.twitter.com/fizcUxMJhJ

The interesting 34-year-old Brazilian prospect appeared in his third fight within the UFC and continues with a firm step in his career for a chance to go for the company’s middleweight championship, which is held by Nigerian Israel Adesanya.

Adesanya and Pereira They already faced each other, but it was not in the octagon of the most famous mixed martial arts company, but rather in kickboxing, a discipline in which the South American knocked out the African.

So much Israel What Alex They have extensive experience in kickboxing, but the Nigerian made his transition to the UFC in 2017, when he signed with the company, but made his debut against Rob Wilkinson on February 11, 2018, winning the fight by TKO in the second round.

In the main fight of UFC 276the Nigerian Israel Adesana defeated the american Jared Cannonier by unanimous decision at the T-Mobile Arena in Las Vegas, Nevada, to retain the world middleweight championship.

In the first round, adesanya took control control, despite which Cannonier he didn’t let himself fall when he was attacked by the African, who in the second assault made a poke in the eyes of the American.

Although he received significant blows, adesanya He came out ahead in the fourth round. In the fifth and final round, the African made use of short jabs to steadily break the defense of Cannonierwhom he ended up defeating by unanimous decision.

Fourth round where the challenger proposes more and the champion defends #UFC276 pic.twitter.com/aDeb39nBMw

For his part, the Australian Alexander Volkanovski defeated the american Max Holloway in a five-round unanimous decision match.

In the second round, Volkanovski dryly connected the left eyebrow of Hollowaycausing a deep cut that bled for the rest of the fight in which the Australian came out on top to retain the featherweight championship.

And now who’s next for the champion @alexvolkanovski ⁉️ #UFC276 pic.twitter.com/0ekEYgE0ET

Tags: ufc 276 awesome video asi brutal knockout alex pereira sean strickland
MMA: The combat of shame between a man and a woman in Poland
Yaroslav Amosov rescues his MMA champion belt from the ruins of his house in Ukraine
UFC: Charles Oliveira, a champion defeated by a rigged scale?
UFC/MMA 1067