UFC 277 | VIDEO: This was the IMPRESSIVE knockout of Nicolae Negumereanu to Ihor Potieira 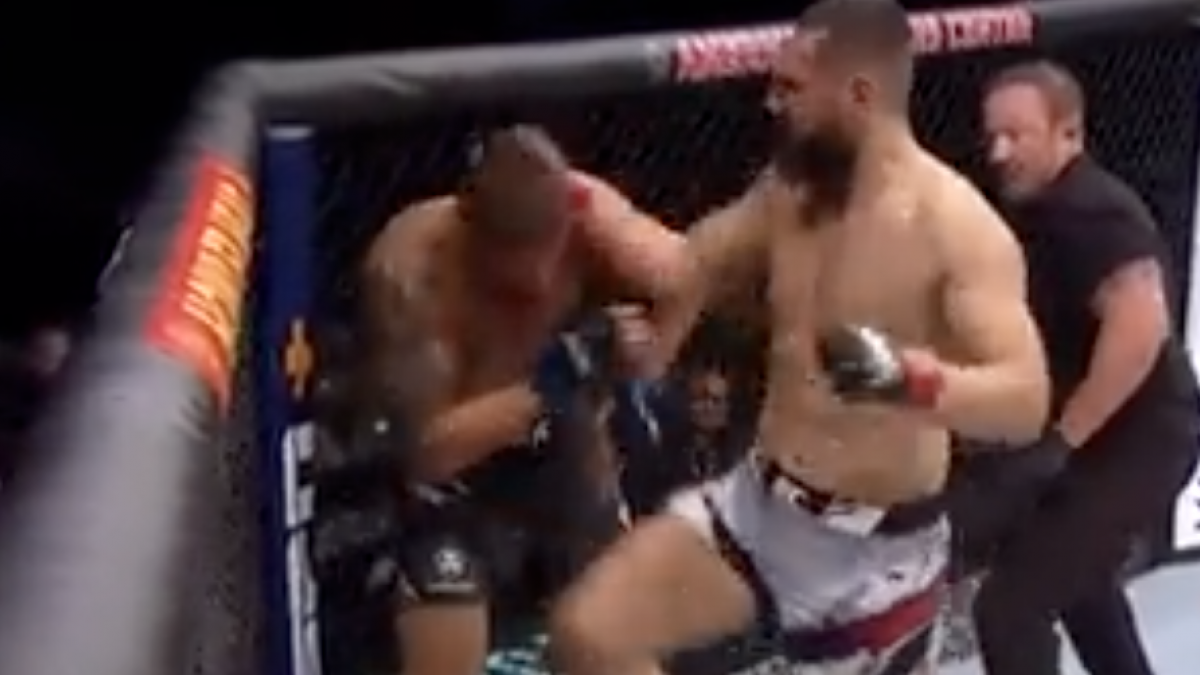 the romanian Nicolae Negumereanu was imposed on the Ukrainian Ihor Poteria at UFC 277 with an impressive technical knockout (TKO) in the second round.

The light heavyweight bout between Nicolae Negumereanu and Potieria took place at the American Airlines Center from Dallas, Texas, where the Romanian demolished his opponent with his knees.

The fighter from Brasov was coming off a technical knockout victory over the Nigerian Kennedy Nzechukwu in the Prelims of UFC 272, an event that took place on March 5.

It was the first fight of the preliminaries of the UFC 277, whose main dishes are the duels between the Mexican Brandon Moreno and the New Zealander Kai Kara Francein the co-star, while the star is between the American Julianna Pena and the brazilian amanda nunes.

the american fighter matt schnell slept the chinese Sumudaerjiwith a brutal submission in the second round of the fight held at the event UFC Long Islandon the Ortega vs. Rodriguez undercard.

Schnell fit a perfect triangle before Sumudaerji and marked one of the best comebacks of the year, since he had been connected by the Chinese on several occasions during the brawl, however, he managed to finish the flyweight contest before the limit.

“Danger” SchnellHe, 32 years old, came to the fight against Sumudaerji after a loss by the same route against Brandon Royalso his win at Long Island puts him back among the prospects in the division.

Tags: ufc 277 video asi impressive knockout nicolae negumereanu ihor potieira
Vieira placates Holm on his return to the octagon at UFC Vegas 55
Dos Anjos vs. Fiziev, the star that will change history in light weight
Who is the GOAT of MMA? CM Punk responds
UFC/MMA 1083

Loading...
Newer Post
Carlos Ortiz is still in contention for the top at LIV Golf de Bedminster
Older Post
Durant to the Celtics and Irving to the Lakers: The megatransfer that can change the NBA