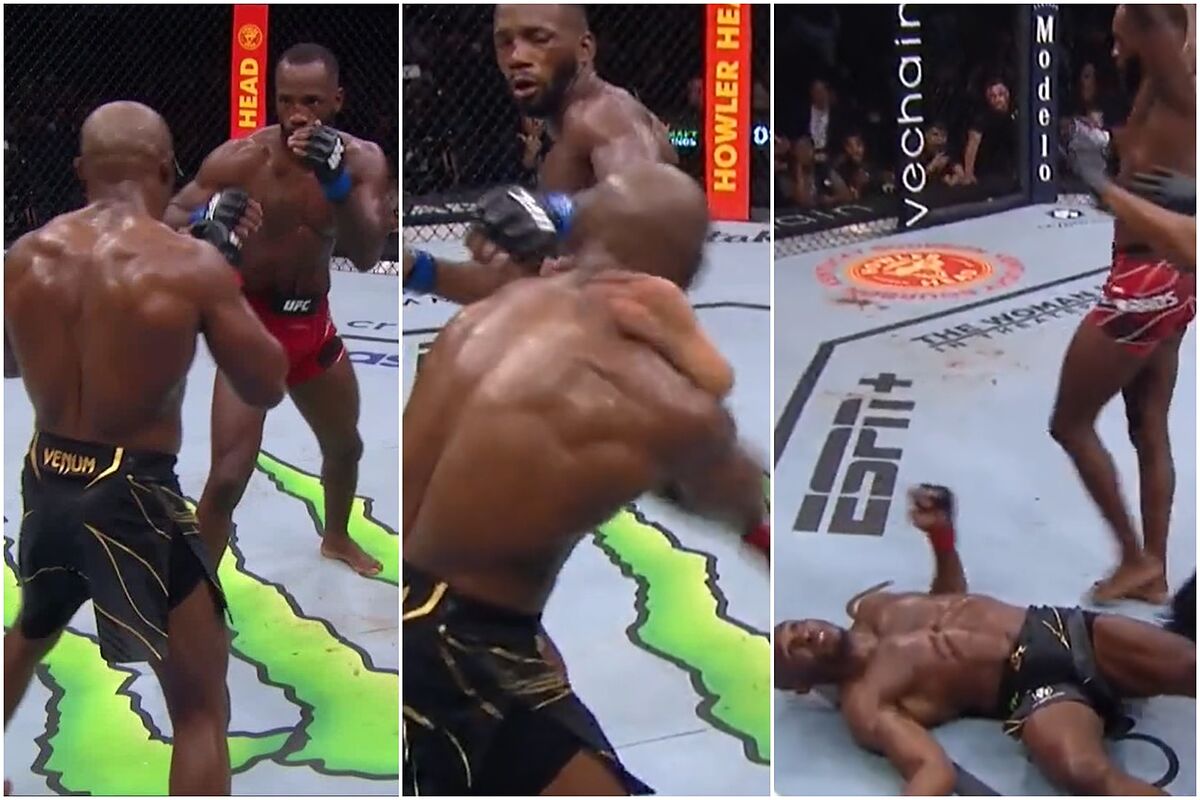 Lthe legend is over Kamaru Usman left his throne at welterweight receiving a brutal kick from Leon Edwards who sent him to the canvas in the fifth round, to become the new champion of the category.

The Edwards win means a lot to the UFCbecause this ends the Usman’s perfect 15-fight win streak in the promotion they leave the record of 16 for legend Anderson Silva. In addition, the defense of the scepter ends in five consecutively.

The fight was not easy for Edwards, who had to row against the current before a Usman who seemed perfect. But as fast as he could, the British began to destroy the Nigerian’s wall. In round one the takedown was scored, being the first time that Usman fell to the canvas after 16 fights in the UFC.

Although that each could be scored, Usman was still perfectly controlled the blows from the right and every time he could take him against the mesh to try to finish him off.

In the third round, Usman was superior, dominated him from start to finish with the pressure against the mesh and then met him with two japs ​​to the face that drove Edwards back. The battle was leaning back to the champion, that in the fourth round he kept him on the canvas where there was no big problem.

It was the fifth round where history changed. Usman went out with front kicks and allowed more of the standing battle. Twice I took him against the mesh and even Dean had to intervene to separate them for lack of action. When the clinch breaks, Edwards finted with a left hand and the moment the champion heads, received a dry kick in the face They turned off the lights and the fight is over.

Edwards came from behind to finish off the UFC legend and now he is the new champion of the UFC welterweights. In addition to extending his unbeaten record to 10 fights in a row.

Tags: Claro-mx/other-sports/ufc
UFC 281: Israel Adesanya will defend his title against Alex Pereira in the main event of UFC 281
UFC: Conor McGregor pauses the octagon to make the leap to the cinema with the remake of ‘Road House’
UFC 277: Brandon Moreno seeks to be world champion again at UFC 277: “I expect a war”
UFC/MMA 1199

Loading...
Newer Post
The origin of boxing, on stage in ‘The forge of a champion’| Cinema night
Older Post
Which NBA players will be in the AmeriCup 2022? Facundo Campazzo, Chris Duarte and Juan Toscano-Anderson lead the list