UFC and moments to remember in 2021: fights and knockouts 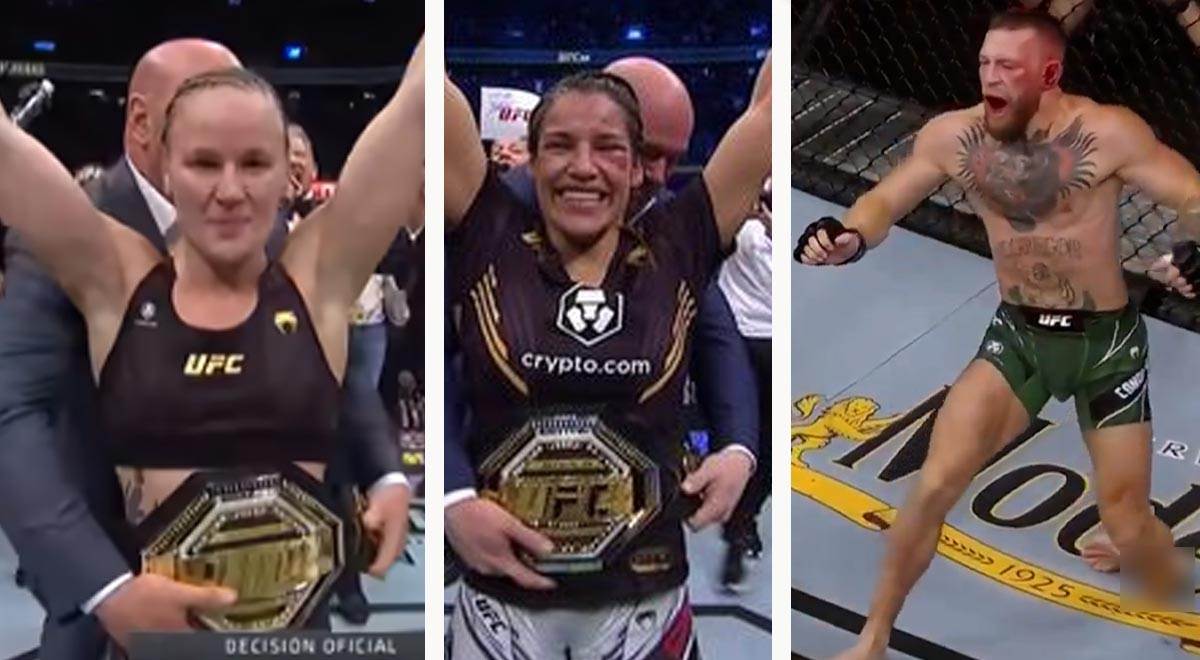 UFC is the most important company in Mixed Martial Arts. In 2021 he didn't give away big fights. The octagon caught fire and we lived emotions t

UFC and moments to remember in 2021: fights and knockouts

UFC is the most important company in Mixed Martial Arts. In 2021 he didn’t give away big fights. The octagon caught fire and we lived emotions that will be recorded in the history of the sport.

In the summary of 2021 it is impossible not to remember the trilogy that paralyzed the world. Conor mcgregor and Dustin Poirier. In his first meeting of the year, the American fighter surprised friends and strangers and knocked out the former champion.

For the rematch, Conor assured that he is in his best physical condition. However, a terrible injury gave Poirier the victory by technical knockout.

But the big surprise of the year came thanks to Julianna Pena. The Venezuelan fighter defeated by submission Amanda Nunes, considered the best fighter in the division. Our compatriot Valentina Shevchenko grew up and is the best pound for pound.

The most anticipated rematch. Conor started as a favorite, but Dustin showed that he grew in recent years and took the fight by KO.

The trilogy ended with a controversy. Conor McGregor suffered a severe injury and at the end of the first round he indicated that he would not continue fighting. The referee determined a technical knockout and victory for Dustin.

Julianna Peña surprised her own and strangers. After an assault where she was subjected by her rival, the Venezuelan fighter recovered, grabbed Amanda Nunes by the neck and made her hold. A victory that was celebrated by fans of the UFC.

Valentina Shevchenko, the queen of the UFC