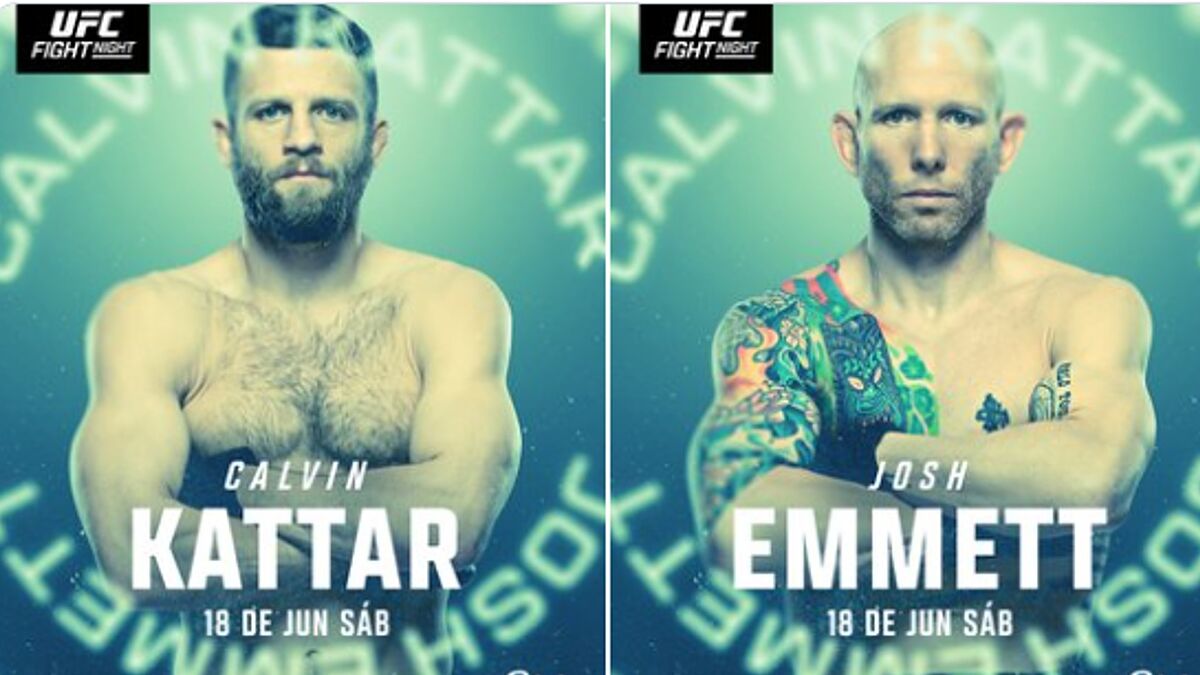 UFC continues her summer journey now by performing at austin, texasa function headed by two of the elite featherweight fighters, when they collide

UFC continues her summer journey now by performing at austin, texasa function headed by two of the elite featherweight fighters, when they collide Calvin Kattar and Josh Emmet.

Emmet arrives on a hot streak of four wins in a row over Michael Johnson, Mirsad Bektic, Shane Burgos and Dan Ige, so one more victory would put him in a very good position in the category.

For its part, Calvin is coming off an important win over Giga Chikadze, one of the talents that had been rising significantly in the division, before fell painfully to Max Holloway, who taught a boxing class.

Furthermore, in the co-star duel, the fight between Donald Cerrone and Joe Lauzon that couldn’t take place a few weeks ago because “Cowboy” got sick to his stomach after the weigh-in.

Also noteworthy on the billboard is the local duel Adrian Yanez vs. Tony Kelley, after Kelley said some racist slurs a few weeks ago while cornering girlfriend Andrea Lee.

The show will be a 14-fight marathon that will start at 3:00 p.m. Central Mexico time.

Tags: Claro-mx/other-sports/ufc
UFC Vegas 55: Santiago Ponzinibbio, in the co-star of UFC Vegas 55 two years after an illness that almost led him to retirement
UFC 276: The trilogy between Alexander Volkanovski and Max Holloway to be the main event of UFC 276
UFC 274: Charles Oliveira comes back and submits Justin Gaethje… but the lightweight title remains vacant
UFC/MMA 939