UFC | Daniel Marcos, from Peru, wins a contract with the UFC: this was the presentation of Soncora at Dana White’s event | RMMD | SPORT-TOTAL 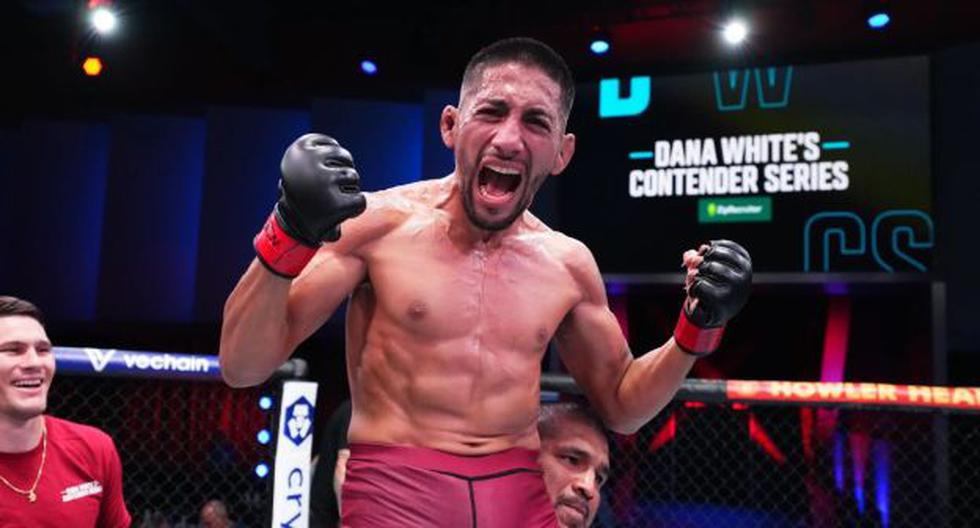 Daniel Marcos will be part of the Ultimate Fighting Championship (UFC). The Peruvian won the opportunity to get a contract in the well-known compa

Daniel Marcos will be part of the Ultimate Fighting Championship (UFC). The Peruvian won the opportunity to get a contract in the well-known company thanks to his victory over Brandon Lewis. The crossover occurred during the broadcast of the eighth episode of the sixth season of Dana White’s Contender Series.

The national fighter won the American by unanimous decision in a fight for the bantamweight category. To seal the victory and get the chance to represent our country in the mixed martial arts company he required three rounds in which he managed to impress Dana White, the president of the UFC.

In fact, the official page reviewed the ‘Soncora’ assaults one by one. Regarding the first, he highlighted that Marcos “is dangerous with flying knees and volume of fists”. After the second, they indicated that “he takes the advantage… kicks and punches go with power towards his rival until Lewis tries to knock down the Peruvian, but he avoids it.”

Again a look at the immaculate work of Marcos #DWCS pic.twitter.com/NhGemkfFPW

For the third and last, the event portal highlighted that Daniel Marcos was able to escape the pressure exerted by the rival by taking him over the bars: “He comes out with the combinations of fists and kicks to the legs. The Peruvian is effective with his attack… it ends with an explosion of combinations”.

Daniel Marcos, welcome to the UFC

Dana White was in charge of officially announcing that the Peruvian will sign with the famous company. After that, ‘Soncora’ spoke up and didn’t hide his emotion: “It’s something that he couldn’t describe right now. I am very excited. My family is watching me now. It is their victory, of all the people in Peru. This is coming true,” he declared.

Peru 🇵🇪 has one more!!! Daniel Marcos is part of the UFC!!! #DWCS pic.twitter.com/j8bp57BewP

In this way, Marcos becomes the second representative of Peru active in the UFC. The other national fighter is Claudio Puelles, better known as the ‘Niño’ and who faced Clay Guida in April of this year. According to the poster, the fighter will have a clash with Dan Hooker next November.

Tags: Daniel Marcos, cfu, Dana White
Alexander Volkov knocks out in one round and returns to victory at UFC Vegas 56
UFC 278: Shanna Young is hospitalized and is left off the card
Mark Zuckerberg in the UFC? Impress McGregor with his MMA skills
UFC/MMA 1222