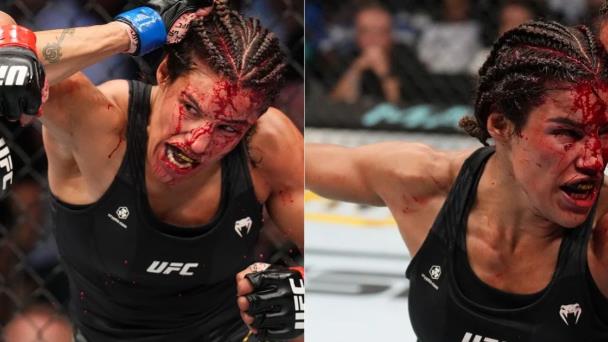 The American fighter will need plastic surgery after the bloody fight.The star combat of the UFC 277 left this Saturday the victory of the Brazilia

The American fighter will need plastic surgery after the bloody fight.

The star combat of the UFC 277 left this Saturday the victory of the Brazilian amanda nunes on Julianna Penaa fight between two great exponents of the bantamweight division that was defined in five rounds.

The winner was Nunes, who by unanimous decision took the victory in one of the bloodiest fights in recent years.

The damage between both combatants was so much that Julianna Pena He needed immediate attention from paramedics due to a severe injury to his forehead.

the president of UFC, Dana Whiteshared that Julianna Pena he lost a piece of his forehead during the fight and that I would go to a plastic surgeon.

Julianna has a big chunk missing from her forehead, so she’s going to see a plastic surgeon. She was very hurt, because there were five or six knockdowns in the first two rounds. Ella now she needs to take some time off, relax, spend time with her daughter and then get back to training.