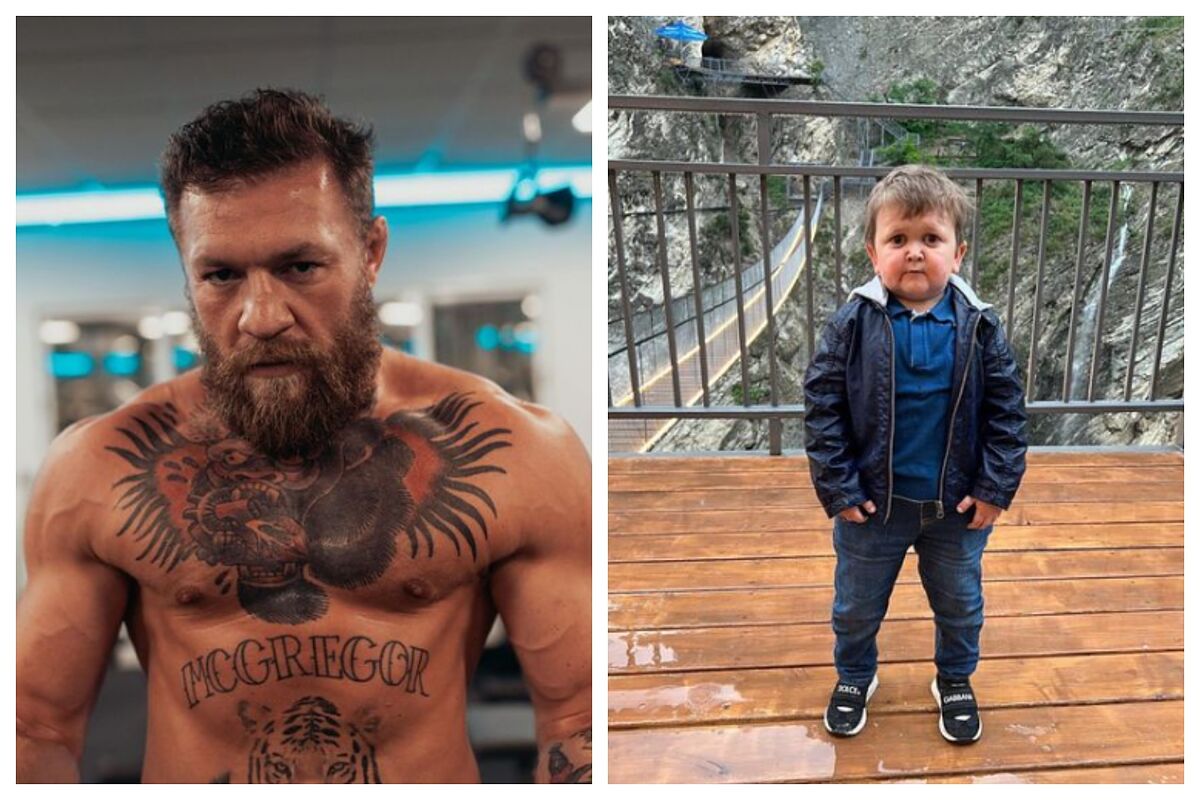 conor mcgregor Not only does he come into conflict with anyone through social media, but he is then forced to resort to his usual immediate deletio

conor mcgregor Not only does he come into conflict with anyone through social media, but he is then forced to resort to his usual immediate deletion of tweets. On this occasion he has dedicated some insults to the popular Hasbulla Magomedov.

It all came about because Hasbulla, who is one meter tall and weighs approximately 18 kg, had shared a video of a chicken I named Conor McGregor. Thus came the time when ‘The Notorious’ hit back young Russian, a social media celebrity whose passion is MMA, a sport he would have liked to pursue. In fact, it is known good relationship with Khabib Nurmagomedov or Dana White.

Hasbulla, 19 years old and looking like a child due to achondroplasia, was a source of ridicule for the former champion of two divisions in the UFC. “I’d love to kick the little idiot Hasbulla into a goal post [de rugby]. How much to fly it? I’m going to make it my mission to hit a 3-pointer one day with him.”wrote the Irishman.

The fighter, even more influenced his personal attack: “Stinky Little Inbred”. Hasbulla, whose great enemy is Abdu Rozik, has already responded to McGregor, alluding to his recent losses in the UFC. “I don’t follow bums…I didn’t know someone was talking to me. At least one of us remains undefeated. Hasbulla 1. McGregor 0″, he began by writing on his NFT page the so-called ‘Mini Khabib’.

Hasbulla, who once claimed to be “more famous than Cristiano Ronaldo”continued his attack: “I have a UFC contract now, if McGregor is really a man, let’s go to Abu Dhabi [para una de las veladas de UFC]. He was already crushed by Khabib. I guess he’s out of Mayweather’s money and he needs more attention.”.

Tags: Conor mcgregor, sports Center, fighting-ufc
Excites his fans: Conor McGregor received an offer to return to the UFC
UFC: Connor McGregor goes to the Vatican … and ends up in a fight!
UFC: Conor McGregor donates a good sum for the treatment of a fighter with paralysis
UFC/MMA 1235