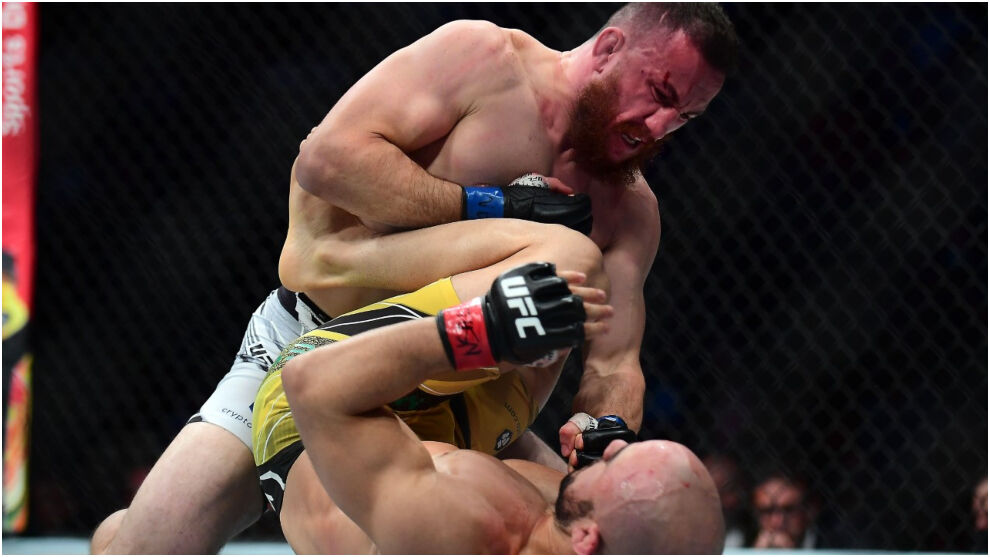 In the post-fight interview, Dvalishvili (14-4) was asked if he would share the octagon with Petr Yan for a fight for the interim title because Aljamain Sterling was out of the fight. Merab said he didn’t know about that. On Sunday, MMA Fighting reported Sterling withdrew from UFC 2677 due to injury.

Before fighting Moraes (23-9-1), Dvalishvili already said that he will not share the octagon with his friend Sterling. “We are good friends and we are not going to fight. Aljo is champion. I think I will defend his belt and be champion for a long time. I have to win a couple more fights to fight for the title, but we will figure something out (if I get there). But one thing’s for sure: Aljo and I are never going to fight. “said Dvalishvili.

Dvalishvili took the victory over Moraes after he was about to be knocked out in the first round. The referee almost stopped the fight when he staggered after receiving several punches to the face. Merab overcame and dominated throughout the second round and earned the victory by technical knockout.

Most likely now replace Moraes in sixth place in the ranking, which means he is one of the next contenders for the title.