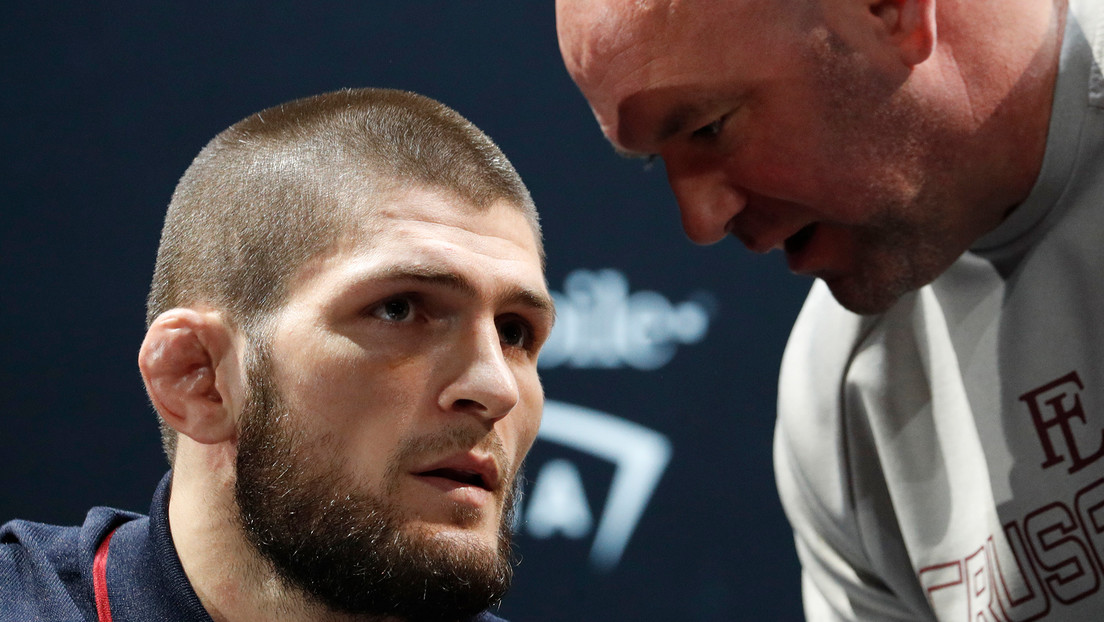 UFC President Dana White explained this week why Khabib Nurmagomédov, undefeated Russian lightweight champion from the mixed martial arts company, might not be the best ever.

When asked about his favorite UFC fighters in an interview on the YouTube show ‘THE FIGHT with Teddy Atlas’, the businessman admitted that “it is very difficult” to choose. “I mean Chuck Liddell and Ronda Rousey are two people who really helped build this business, you know, super loyal,” he said. “Right now, I think Kamaru Usman is the best pound-for-pound fighter in the world, what he has accomplished in recent years is incredible,” he added.

In addition, he noted that he believes that “Khabib Nurmagomédov could probably be called the greatest in history, who knows, if he had stayed longer. It was unfortunate, the death of his father,” he said. The businessman referred to the decision of the Russian to retire from the sport after defeating the American Justin Gaethje in 2020 and adding the 29th victory of his career.

“You know, he just got to a point in his life where, you know how that goes too, when you have so much money it changes everything,” White said. “The fight business is a tough business to get up and go every day when you have that amount of money,” he added.

Since moving away from the Octagon, Nurmagomédov has channeled his energy into helping train an emerging generation of MMA fighters from his home region of Dagestan and plans to bring his own promotion, Eagle FC, to Miami in 2022 for their first events. In U.S.A.

Very confident! Brian Ortega says he will be UFC champion this Saturday and challenges another legend
Who is the GOAT of MMA? CM Punk responds
Dustin Poirier on UFC Fighter Relationships: “Everyone Accepts Each Other”
UFC/MMA 468