UFC San Diego 2022: Loopy Godinez: “This trip has been super nice, people know my name and I love fighting” 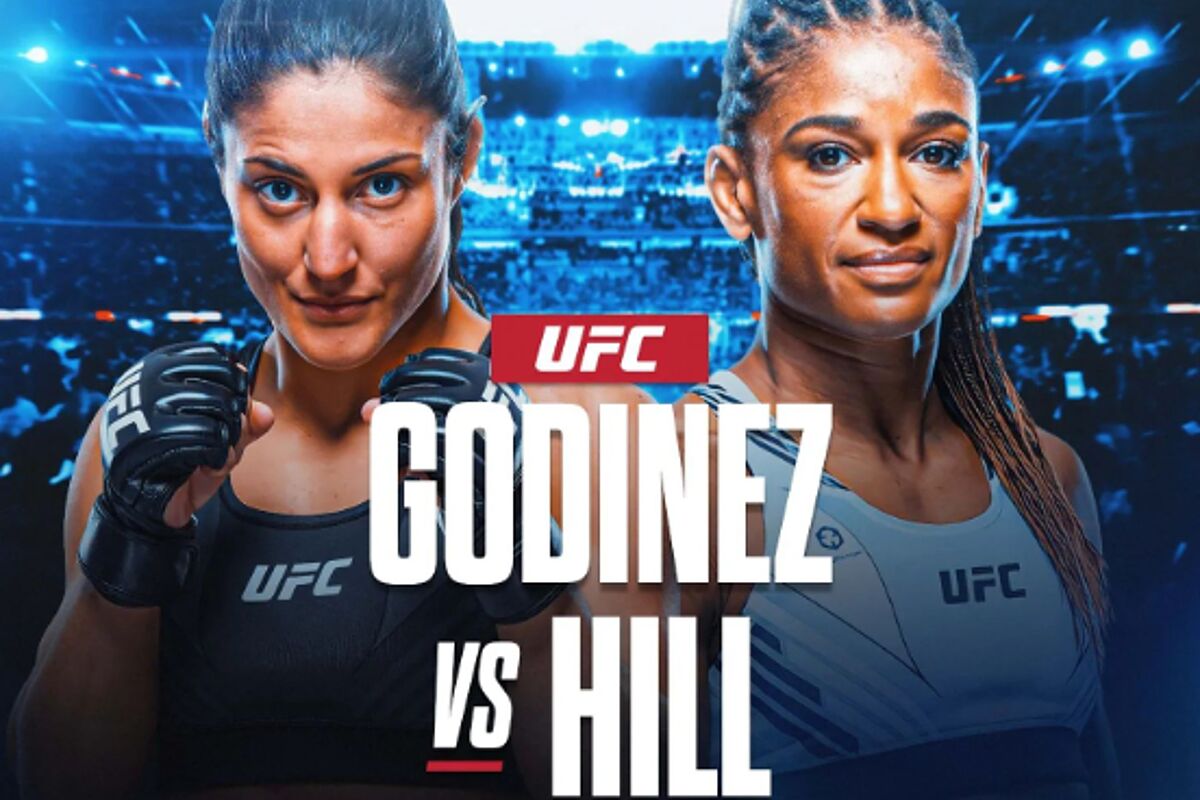 UFC will take his octagon to the Pechanga Arena in San Diego with a function plagued by Latinos, armed led by the Ecuadorian Marlon "Chito" Vera, w

UFC San Diego 2022: Loopy Godinez: “This trip has been super nice, people know my name and I love fighting”

UFC will take his octagon to the Pechanga Arena in San Diego with a function plagued by Latinos, armed led by the Ecuadorian Marlon “Chito” Vera, who will star in the event facing the former bantamweight world champion, Dominic Cruz.

The Mexican will also be present at the function Lupita Godinezwho agreed to advance the fight he had agreed with Angela Hill for next October, with the only condition that it be at the agreed weight of 120 pounds.

“I told them I was ready to fight, but I don’t put my body down quickly again, I don’t think it’s fair to go down extra and put ourselves at riskIf I wanted, I can do 115 this weekend, but I don’t want to do that to my body, it’s not worth punishing it,” he explained to MARCA Claro.

Loopy had no problem with the change of date, since he is working every day in Canada, keeping fit. “When they offered it to me I said yes, because the same and in October or December I fight again, I love to fight and here we are,” he said.

In just over a year and a half, Lupita has become one of the fighters that the fans follow, especially for her fight, because it is one of the best there is throughout the straw division.

“This trip has been super nice, super nice, a lot of respect. people know my name and it hasn’t been difficult for me, I fit in wherever I am because I’m very easy to get along with and I’m happy,” she said.

The debut of the best Mexican prospect at 115 pounds, Tijuana, will be featured on the main card. Yazmin Jauregui, whose record remains undefeated so far with eight wins.

In addition, the Tijuana native will also be present Gabriel “Moggly” Benitez and the daughter of Mexicans Cynthia Calvillo.

The Latin presence could have been greater, however, both Alexa Grasso and Cristian Quiñonez could not participate due to injuries at the closure of their respective camps.

For its part, Marlon “Chito” Vera will be in his 20th fight inside the octagonthe Ecuadorian who was part of the first UFC development program and the first season of The Ultimate Fighter Latin America highlights the willpower he has had over 8 years to star in one more event of the promotion.

“Look back and see that all the sacrifice I madethe hard days that I pushed, the times that I lost that there were those who thought that I was not going to arrive today I can laugh, because it feels good that things are happening, “he said exclusively.

The Ecuadorian abounded in the moment that he will live the weekend in San Diego.

“It’s amazing to see the uniform and know that it is number 20 and that at my age I have all these fights means that one day he could have more fights than any other in history, watching the numbers of Cowboy Cerrone or Jim Miller. Knowing how it has been all the way, that it has been long with ups and downs and hard, but here we are hitting it hard.

Tags: Claro-mx/other-sports/ufc
UFC Vegas 59: Season 30 of The Ultimate Fighter comes to an end at UFC Vegas 59
UFC 275: Glover Teixera and Jiri Prochazka star in the main event of UFC 275 in Singapore
UFC 276: Cowboy Cerrone and Jessica Eye withdraw from the UFC
UFC/MMA 1205