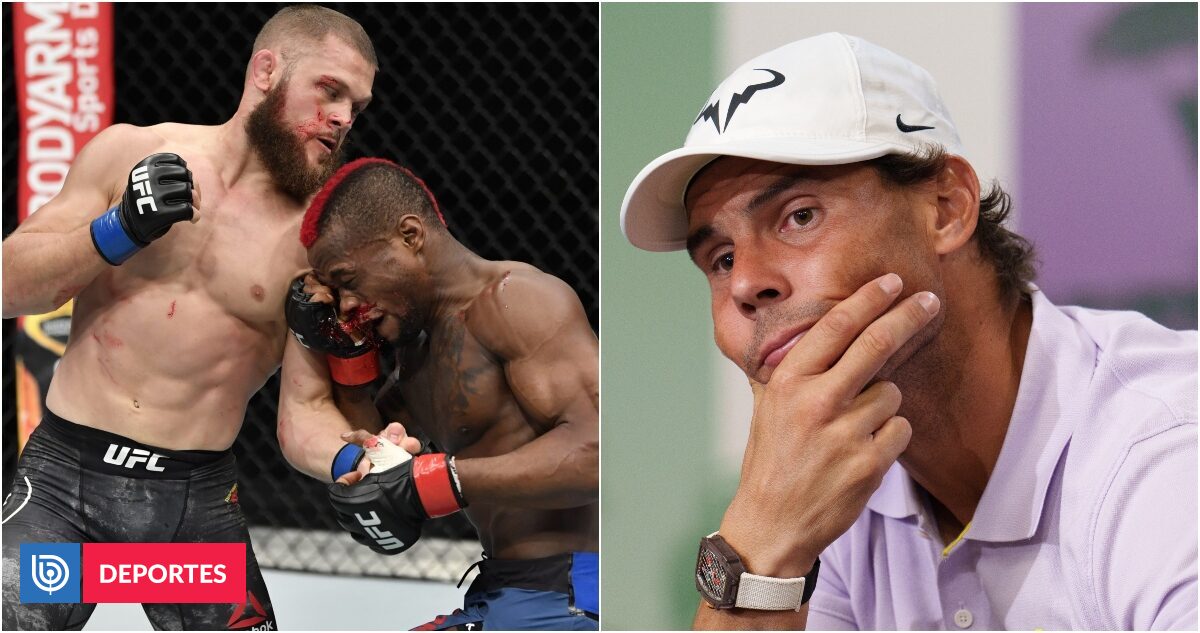 The Kazakh Rafael Fiziev challenged Rafael Nadal to a particular confrontation between the two to define the best ‘Rafa’ in contemporary sport.

The star of Kazakhstan and one of the revelations of the UFC, Raphael Fizievcrossed the barrier between sports and, while he was celebrating his great victory against the Brazilian Rafael Dos Anjos, he challenged the tennis player Rafael Nadal to an unusual confrontation.

Some statements issued after a fight that was not without great moments starring Fiziev, who won by knockout against a historic MMA man, reaching into his pocket more than 50 thousand dollars.

Rafael Fiziev with his left hand sent Dos Anjos to the ground and took the victory in #UFCVegas58 pic.twitter.com/xX0Qy5HB2a

Quickly, the curious challenge of the Kazakh fighter went viral on social networks and seeing the impact of his words, the athlete used his official Twitter account to clarify the rules of this surreal fight against the Spanish multi-champion.

“The first four rounds would be tennis and the fifth MMA”Fiziev wrote.

It should be noted that, meanwhile, the native of Manacor is recovering from an abdominal injury that prevented him from being present in the Wimbledon semifinals.