UFC VEGAS 56: Alexander Volkov destroys Jairzinho Rozenstruik with a knockout in the first round 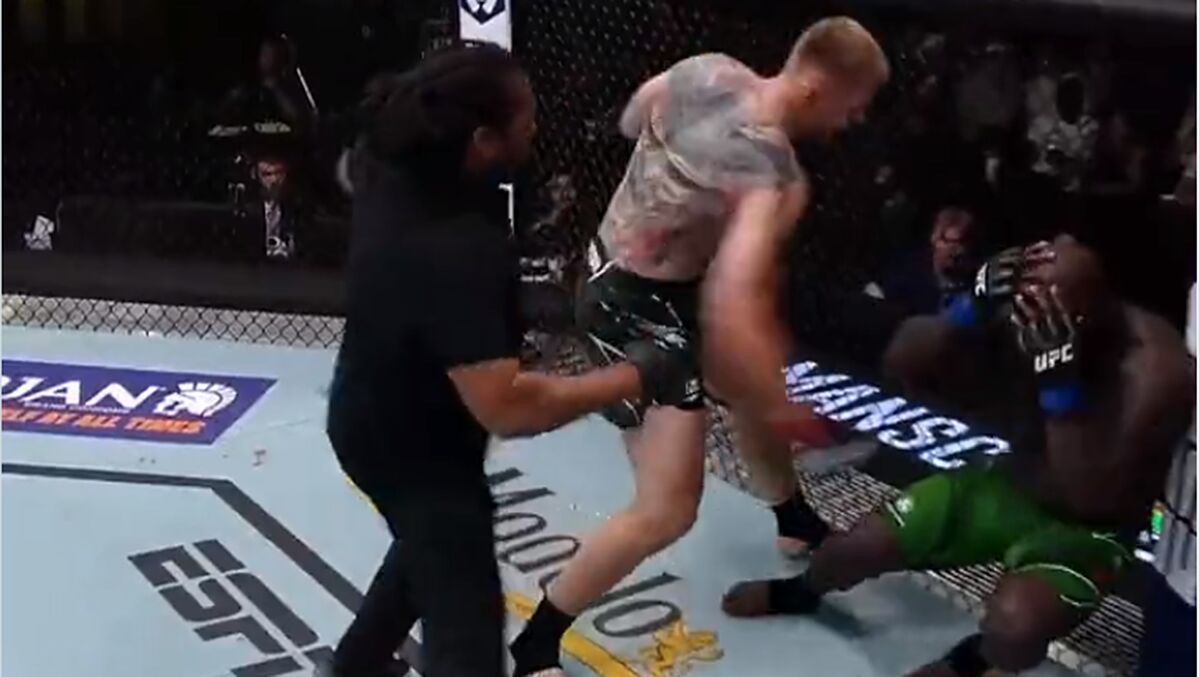 AAlexander Volkov took the main event of UFC Vegas 56, after defeating by technical knockout Jairzinho Rozenstruik in the APEX of the promotion.A s

AAlexander Volkov took the main event of UFC Vegas 56, after defeating by technical knockout Jairzinho Rozenstruik in the APEX of the promotion.

A straight right by Volkov put Jairzinho in poor condition, who began to stagger, which the Russian took advantage of to continue with a string of blows, which led to Herb Dean stopped the fight at 2:12 of the opening round.

Movistar Evloev took the co-main event of the night with a teacher in her fight, since he handcuffed Dan Ige for 15 minutesalso giving him cut trails above both eyebrows, leaving him completely bleeding. The cards were overwhelming in favor of the Russian 30-26, 30-26 and 30-27.

On the preliminary billboard, the one with Colombian parents Jeff Molina defeated by split decision in a tight contest against Zhalgas Zhumagulov (29-28, 28-29 and 30-27), to tie 10 wins, three of them in the octagon.

In addition, Erin Blanchfield submitted JJ Aldrich with a high elbow guillotine in the second round, while Rinat Fakhretdinov ran over Andreas Michailidis in his debut in the octagon with cards of 30-26, 30-26 and 30-27.

Tom Gravely knocked out Johnny Muoz with a precise uppercut in just 68 seconds, while Benoit Sain Denis recovered from a knee to the face, to subdue Niklas Stolze with a matalen.

In the main fight of the preliminaries, Karelian Kowalkiewicz submitted Felice Herrig with a kill in the second round. After the contest, Herrig announced his retirement from Mixed Martial Arts with a record of 14 wins and 10 losses.