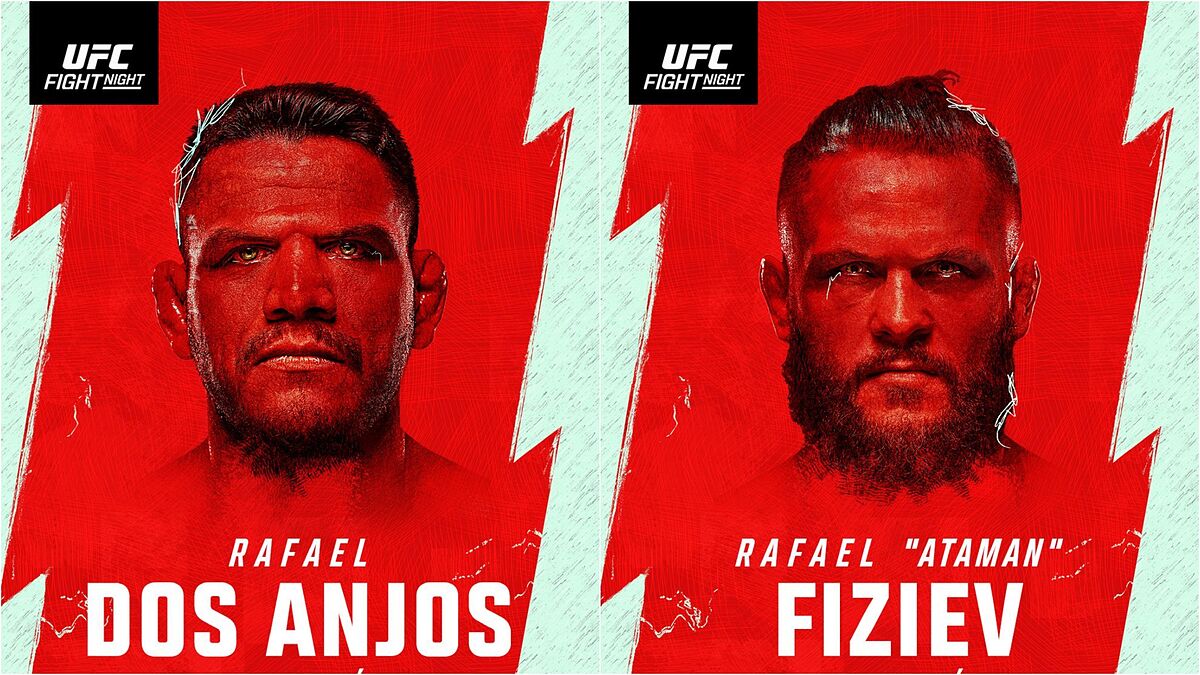 LAfter it was postponed twice, the third opportunity will be the charm for the duel between Rafael Dos Anjos and Rafael Fiziev, a fight in the ligh

LAfter it was postponed twice, the third opportunity will be the charm for the duel between Rafael Dos Anjos and Rafael Fiziev, a fight in the light weight elite, a division in which the Brazilian was already champion.

Fiziev is on the rise by linking five wins, so a sixth will put him very close to a title shot.

In the function that will take place in the Apex of Las Vegas and that is part of the 12 consecutive that the octagon will offer, a curious fact will occur because the champions Amanda Nunes and Valentina Shevchenko will be present, but on the corner of their relatives.

The ‘Leona’ will accompany his wife Nina Nunes, who will face the Mexican Cynthia Calvillo in a flyweight duel, while ‘Bullet’ to be with his sister Antonina Shevchenko, when facing Cortney Casey.

Furthermore, in action by Latinos, the Salvadoran Ricky Turcios will premiere his title of champion of season 29 of The Ultimate Fighter, when he faces Canadian Aiemann Zahabi, brother of famous trainer Firas Zahabi.

After this function, The UFC will still have another three in the month of July to finally close its summer activity.

Tags: Claro-mx/other-sports/ufc
MMA: Do not paint the car of an MMA fighter or you can take a beating like the one Ricardo ‘El Loco’ Arreola gave
UFC: Shocking knockout! Michael Chandler and the withering kick to Tony Ferguson
UFC Vegas 54: Manuel ‘Loco’ Torres: “I want to fight the Top 10”
UFC/MMA 1078