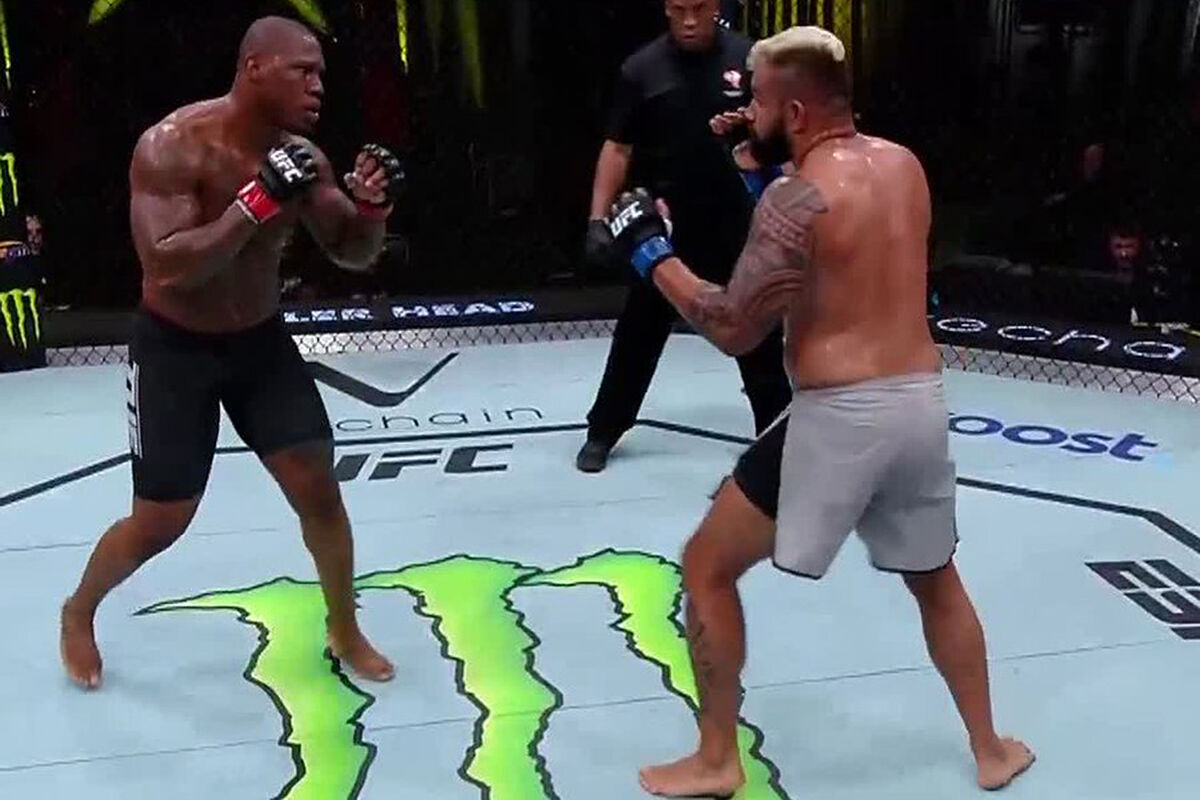 La The Ultimate Fighter season 30 came to an end with two new champions: Mohammed Usman, in full weight and Juliana Miller, in flyweight, in a hist

La The Ultimate Fighter season 30 came to an end with two new champions: Mohammed Usman, in full weight and Juliana Miller, in flyweight, in a historic function, developed in the UFC Apex, in which all 10 fights ended by termination, not a single one made the cards, something that has not happened since November 2014.

the younger brother of Kamaru Usman was relentless in his duel against Zack Paugaboth members of the team commanded by Julianna Pea.

The Nigerian was more incisive in his attack and in the second round He took advantage of a window to land a precise left hook that put Pauga to sleep for several minutes.

Usman couldn’t hold back his tears. because his parents were present, his brother Kamaru (UFC welterweight champion) and the memory of his son Nash, who passed away when he was two years old in July 2019.

In the other end, Juliana proved to be the one who grew the most in the tournament, also a member of the Pea team, after winning in the third round by technical knockout against Brogan Walker, the sole survivor of Team Nunes.

In the first two rounds the duel was even, with good standing exchanges, but for the third, Miller put Walker down, got full mount and with sharp elbows forced the referee to stop the contest.

In the main fight of the night, Thiago Santos made his power felt over Jamahal Hill in the first three rounds causing him a bruise big in the left eyebrow, however, in the fourth round the Brazilian got tired and Hill’s blows were precise until he sent “Marreta” to the canvas, who stopped responding to the punishment, so referee Herb Dean stopped the contest.

The co-star duel gave one of the surprises of the show, as Geoff Neal let go of all the power of his fists on Vicente Luque’s face until in the third round the Brazilian’s body could not resist anymore and he fell face down to the canvas, motivating the arrest of the referee, important victory for “Handz of Steel”

In the other results, Serghei Spivan defeated Augusto Sakai by technical knockout, in round 2; Terrance McKinney I submitted Erick Gonzalez with a kill in the first round; Michal Oleksiejczul tipped Sam Alveand his ninth loss, now with a technical knockout in round 1; Bryan Battle knocked out Takashi Sato with a spectacular kick 44 seconds into the contest; while Cory McKenna became the first woman to win a fight in the UFC with a Von Flue guillotine, over Miranda Granger.

The first fight of the show was the most controversial, Well, Mayra Bueno-Silva submitted Stephanie Egger with a crowbar to his arm, although the surrender was never clearly observed.

The UFC returns to activity next August 13, in San Diego, with a billboard full of Latinos that includes Ecuadorian Marlon “Chito” Vera and Mexicans Gabriel Bentez, Yazmin Jauregui, Lupita Godnez and Cynthia Calvillo.

Tags: Claro-mx/other-sports/ufc
UFC 276: Israel Adesanya makes a pike start in honor of The Undertaker and goes viral
UFC VEGAS 56: Alexander Volkov destroys Jairzinho Rozenstruik with a knockout in the first round
UFC 276: Cowboy Cerrone and Jessica Eye withdraw from the UFC
UFC/MMA 1202