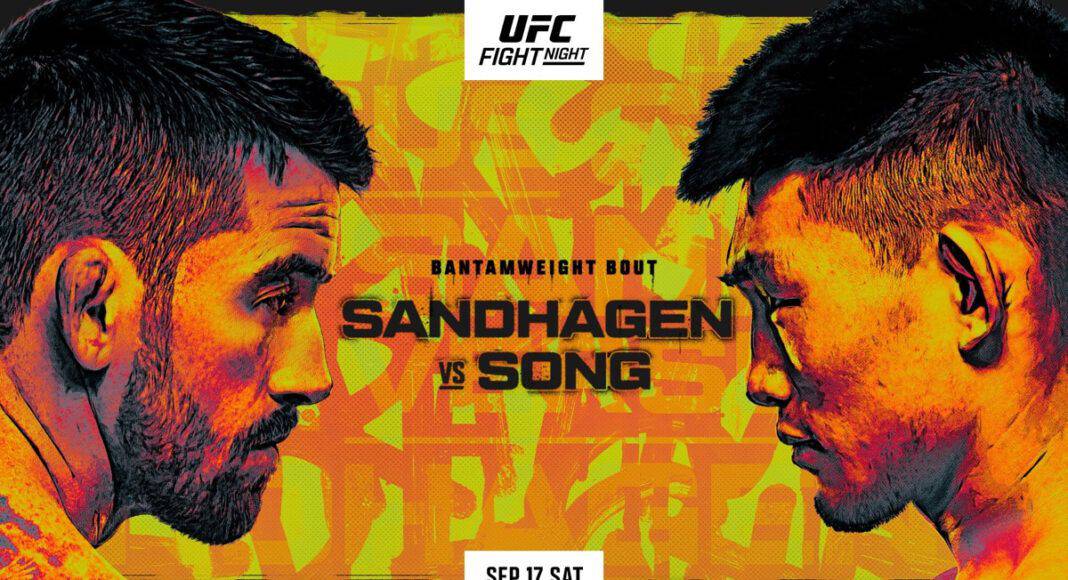 The UFC returns to the UFC Apex with an action-packed bout of bantamweight contenders that will see fourth-ranked Cory Sandhagen battle 10th-ranked Yadong Song. A fight of bells which is pending Marlon Chito Vera.

Former interim bantamweight title challenger Sandhagen (14-4) has his sights set on delivering another impressive performance. A dynamic striker with knockout power, he has secured wins against Frankie Edgar, Marlon Moraes and Raphael Assuncao. Sandhagen now intends to defend his place in the rankings by defeating Song.

Rising contender Yadong (19-6-1 1NC) is looking to break into the Top 5 at 135lbs for the first time in his career. A heavy-handed striker, he has secured memorable victories over Chito Vera, Marlon Moraes and Casey Kennedy. Yadong now attempts to become the first fighter to knock out Sandhagen and claim a title shot.

This is an important matchup for the bantamweight division, as both fighters have their sights set on a title opportunity, as does Vera who is fifth in the rankings.

The Ecuadorian is sure that after his knockout victory against Dominick Cruz, the UFC leadership will give him the opportunity to fight for the belt.

Chito has acknowledged that he must wait until the end of October, thinking about the UFC 280 show in Abu Dhabi, when Aljamain Sterling defends the title against TJ Dillashaw (no. 2 in the ranking), and the winner of the fight between Petr Yan is known. (#1) and Sean O’Malley (#13).

Before, you will be very aware of what happens in the main evening of UFC Vegas 60.

The Ecuadorian remains fifth in the standings, nipping at the ankles of Sandhagen, Merab Dvalishvili (#3), TJ Dillashaw, and Yan.

Other fights on the UFC Vegas 60 card include Trevin Giles (14-4) taking on Louis Cosce (7-1) at welterweight. Giles was defeated at the UFC 270 event by Michael Morales, in January.

A Ukrainian neo-Nazi group claims the execution “by equidistant” of Maxim Ryndovskiy, Ukrainian MMA fighter
Fighter from Donbass knocked out the opponent in a minute of fight UFC
Valentina Shevchenko greeted Halle Berry before the premiere of Bruised for Netflix
UFC/MMA 1211