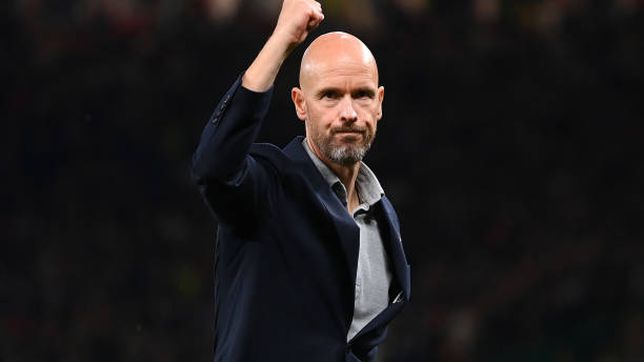 Manchester United's first win in this 30th edition of the Premier League and also the first win for Erik ten Hag, who started with two defeats but

Manchester United’s first win in this 30th edition of the Premier League and also the first win for Erik ten Hag, who started with two defeats but managed to beat Liverpool 2-1 at Old Trafford. With Casemiro in the stands, the Mancunian team was better than Klopp’s boys, and Ten Hag couldn’t be more proud. “United players can play football very well”, in a few words for which Sky Sports had to apologize, although Gary Neville acknowledged that he enjoyed it.

-How was the match?

We can talk about tactics, but everything has to do with attitude and we saw it on the pitch. There was attitude, there was communication, there was fighting spirit, and especially there was a team, and now we can see what they can achieve because they can play fucking good football.

-How do you rate the role of Bruno Fernandes?

He showed leadership, alongside Varane. But not just the two of them, we need more leaders.

-Are you happy after the victory?

-And now tactically, how did you see the duel?

Tactically, you see where you can have the weapons in the game. You see we have speed, then Fernandes and Eriksen have a pass. Scott McTominay had a magnificent game.

-What can you say about the absent ones?

I don’t have to mention Harry Maguire or Cristiano Ronaldo. They will play a role in the future.

-And the transfer market?

We said that we wanted to bring the right players, the window is not closed and you see that you need not only numbers but quality.