Unstoppable Warriors and Curry in NBA 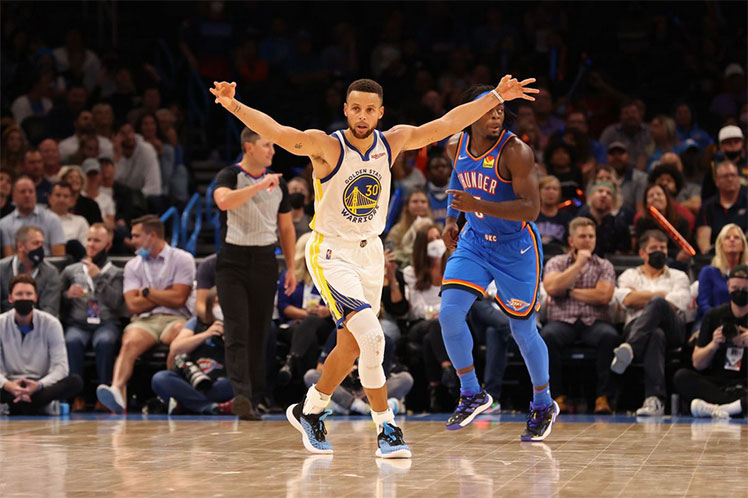 The Warriors point guard was once again decisive in the victory, this time with 20 points scored, thanks in large part to six triples, in addit

The Warriors point guard was once again decisive in the victory, this time with 20 points scored, thanks in large part to six triples, in addition to five rebounds and six assists.

Draymond Green was erected as Curry’s guard, with a double-double of 14 cards, 11 rebounds and eight assists, in a joint effort that makes his followers dream, crazy about the entrance of Klay Thompson, to complete a luxury trident for the sake of to be remade with the title.

For the defeated, Shai Gilgeous-Alexander, owner of 15 goals, stood out, followed by Luguentz Dort (14) and Josh Giddey, who added 10 cards for his team.

After this result, the Golden State lead the Western Conference with five successes and one failure, half a game ahead of the Utah Jazz, one complete game over the Denver Nuggets.

In the Eastern Conference, the New York Knicks led New Orleans 123-117 to rise to the top that they now share with the Washington Wizards, Chicago Bulls and Miami Heat, all with a 5-1 record.

The surprise of the day was given by the San Antonio Spurs after beating the champions Milwaukee Bucks 102-93.