Unusual: Gareth Bale makes decision to retire from soccer in 2022 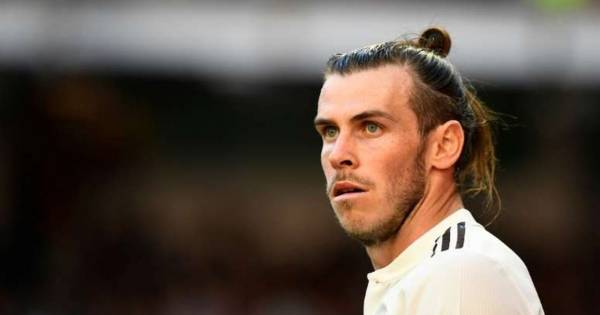 Incredibly, Gareth Bale's career gradually fell apart. The gals who for many is a Real Madrid legend for all he has won, lives a devastating pres

Incredibly, Gareth Bale’s career gradually fell apart. The gals who for many is a Real Madrid legend for all he has won, lives a devastating present and will have already made the unalterable decision to retire from professional football.

Since he returned from Tottenham, Bale at Real Madrid played three games of 27, 193 minutes, one goal, 105 days off and without playing for Madrid since August 28. However, the most notable thing is that according to the British media The Athletic, Bale has already communicated to his inner circle that he will retire from football in 2022.

The only thing that will be the moment. Bale has decided that his retirement will be subject to Wales&#8217; future at the World Cup. His team is in the UEFA play-offs and in the semifinals face Austria, and if they go to the final, play against Scotland or Ukraine.

Gareth Bale will consider retiring if Wales fail to qualify for the 2022 World Cup, per @David_Ornstein. pic.twitter.com/gtKouZohSE

If Wales qualify for Qatar 2022, Bale will retire at the end of the year, while if Wales lose in the play-off, the forward will announce his farewell to football at the end of the season, when his contract with Real Madrid ends.

Bale&#8217;s contract with Real Madrid ends in June 2022, in this transfer period, he has not received offers and will retire with the white shirt. The truth is that Gareth will put an end to his career this year, just depending on what happens with his beloved Wales.

See more: After leaving Chivas, Oribe Peralta will go to an unexpected club