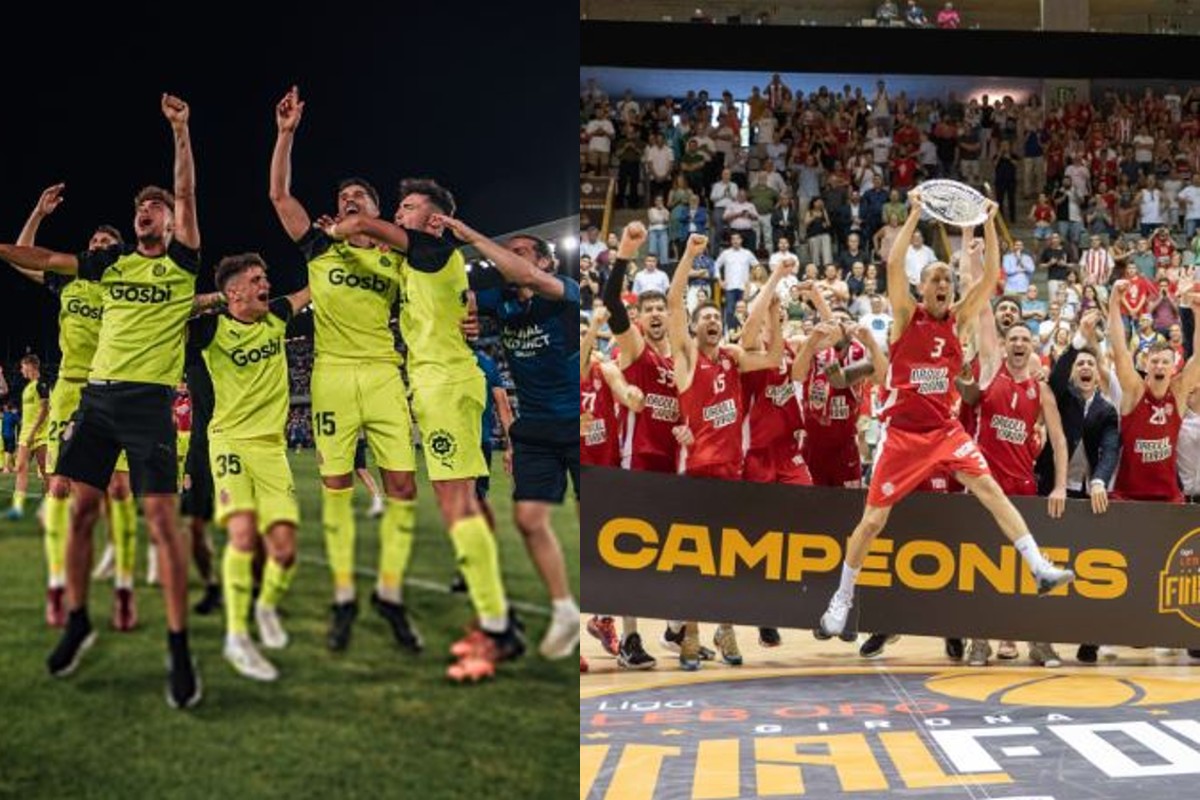 Girona, Spain, is partying. In one day there was a historic double ascentThe team of basketball and soccer they managed to climb to the top

Girona, Spain, is partying. In one day there was a historic double ascentThe team of basketball and soccer they managed to climb to the top of their local sport.

After many years and painful defeats, Girona cries and celebrates with joy, since its men’s basketball and soccer teams have won their respective finals that have taken them back to the ACB (first basketball league) and to the First Division. (LaLiga Santander).

The first victory came at the hands of Marc Gasol’s Bàsquet Girona. This Sunday they beat Movistar Estudiantes 60-66 at the Fontajau pavilion, in a match for promotion to the final phase of the LEB Oro.

The city will once again enjoy basketball’s elite 14 years after the disappearance of Akasvayu Girona, while Estudiantes will have to play one more year in the silver division.

Finally, Girona FC, under the tutelage of Michel Sánchez from Madrid, returned to the First Division for the second time in its history.

After three years, Girona faced CD Tenerife at the Heliodoro Rodríguez López. During the 90 minutes, the visitor won with a resounding 3-1.

Girona joins Barcelona, ​​Bilbao, Madrid, Valencia and Seville in being the only communities to have representation in the highest categories of both sports.

You might be interested in: Bear? Tunden “Chicharito” Hernández for missing a goal in front of the goal

Fans, taught us how to celebrate the ascent… #GironaÉsDePrimera pic.twitter.com/oQGK4Mojkf