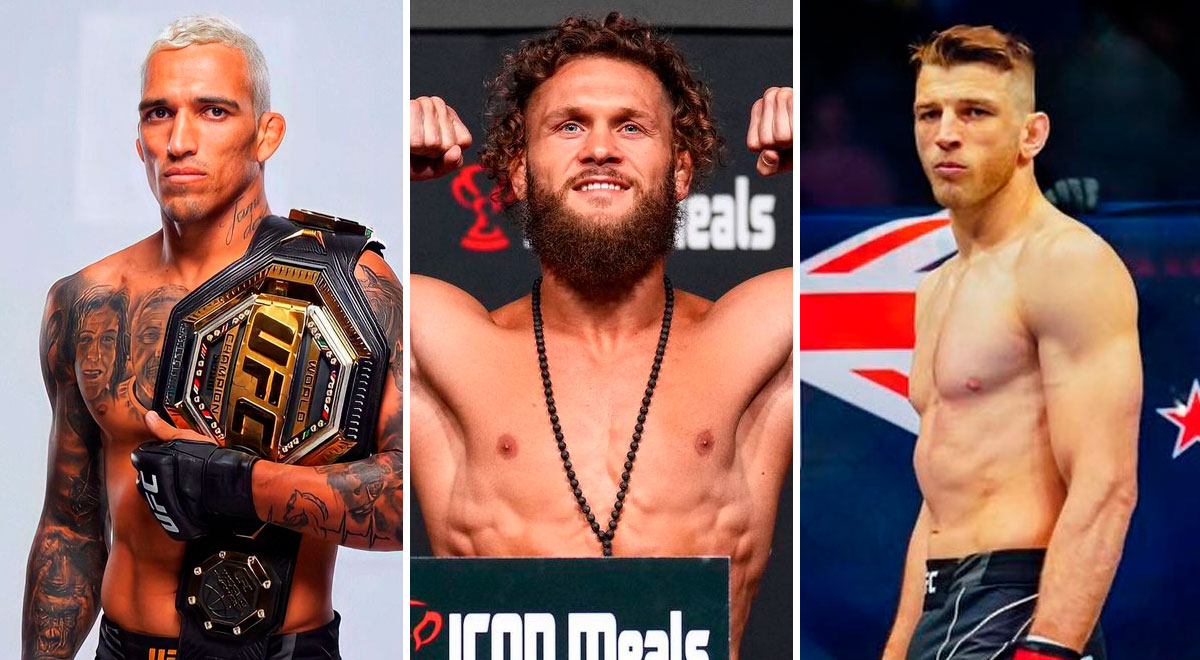 After the exciting fights that have taken place in recent weeks, the UFC unveiled the new updated lightweight ranking to the taste of fans. Charle

After the exciting fights that have taken place in recent weeks, the UFC unveiled the new updated lightweight ranking to the taste of fans. Charles Oliveira continues as leader and upholds his mandate in these mixed martial arts.

YOU CAN SEE: UFC: Charles Oliveira promises to beat Makhachev and then challenge Khabib

The Brazilian did not manage to defend his title in the last fight due to not making the regulation weight, but his record is vital to keep him at the top of this ranking.

The great novelty for the followers of the UFC was the growth of Raphael Fiziev, who has just climbed three positions to the delight of the fans. The Kazakh fighter managed to impose his ability against Rafael Dos Anjos at UFC Vegas 58, so it was worth not only defeating him in the fight, but in the lightweight ranking.

Now, Rafael Fiziev ranks 7th in lightweight in the UFC and left his rival Rafael Dos Anjos in box 8. Thousands of fans estimate that the Kazakh’s next rival will be against Beniel Dariush, so they are already beginning to form the tentative keys for the next matches.

On the other hand, this ranking indicates the fall of Mateusz Gamrot to 9th place. The same goes for Tony Ferguson, who suffered one of the most historic KOs in the UFC against Michael Chandler. A kick to the chin that immediately knocked him out before the eyes of the judges.

One of the beneficiaries of this absence of Tony Ferguson is Arman Tsarukyan, who climbs to 10th place despite his loss to Mateusz Gamrot.

Tags: charles oliveira, Rafael Fiziev, Justin Gaethje
Dana White, very critical of Jake Paul’s co-promoter: “You need to get away from that damn witch”
Adesanya vs. Pereira: the fight that everyone wants in the UFC… except for Khamzat Chimaev
Fiziev knocks out Dos Anjos and moves closer to UFC title fight
UFC/MMA 1078