Use this startup to buy tickets before going on a trip

Event tourism: Use this startup to buy tickets before going on a trip

Go on vacation to discover New York. Visit the Statue of Liberty, stroll through Time Square and live the experience of seeing a Broadway musical or watching a game.

The best option to buy tickets before traveling

It sounds like a perfect plan, but the journey gets complicated for him. tourist Spanish who does not speak English at the time of buy the tickets; or for the German who prefers giropaid to credit cards or for those who do not want to buy them on resale.

This happened to friends of Carla Mourino and she, in addition to listening to them, decided to found hellotickets.

“Tourists no longer only look for monuments. He wants something more, something different. The project was born to respond to that need that we wanted to call post-tourism”, says the journalist and co-founder (along with Alberto Martinez) of the startup born in December 2016.

This startup offers an online platform compared to the traditional ones ticket pages that do not facilitate the purchase for international events from Spain. “We are not looking in front of anyone. We want to establish our business model. Yes, there are pages that sell tickets, but not that do what we do: offer several languages, payment methods, financing, legal tickets”, she assures.

Tourists no longer only look for monuments. He wants something more, something different. 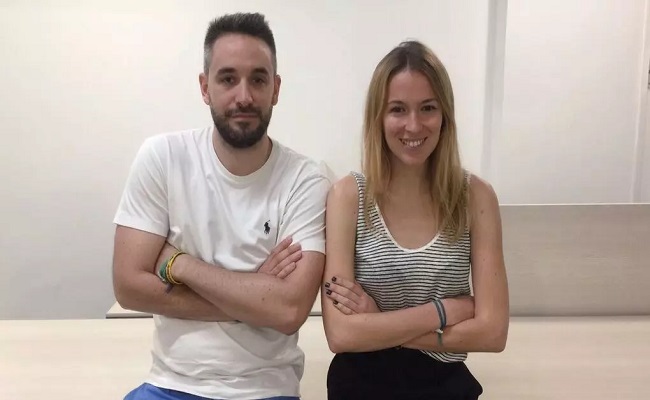 According to Mouriño, the technological development of Hellotickets allows tickets to be purchased in the language and local currency the client’s; and with the official agreements they maintain, they offer prices “closer to reality and far from resales.”

In his attempt to offer a solution, Mouriño decided to study the market, consult the National Tourism Office of the United States and analyze “the new way of doing sightseeing“.

“Nearly a million Spaniards travel each year to USA and 37% of them attend a musical or a sporting event during their trip”, says the co-founder of Hellotickets, who assures that the average expenditure of its users exceeds 200 dollars. The platform offer collects about thousand events in 29 cities that, in addition to Broadway musicals, go through small concerts and tours, NBA and NFL games.

Regarding future plans, Mouriño assures that until now they do not have or need financing. “There has been interest from other investors, but we want to give more value to what is ours. Perhaps at the end of the year”, says the journalist.

Thus, he adds, he hopes that the business can be maintained with the clients that so far they have in nine countries: Germany, Argentina, Brazil, Colombia, Spain, France, Holland, Italy and United Kingdom.

“We are launching platforms for weeks. We have the technology, now we are gradually adapting it to the language”, she explains. At this rate, they hope to be in more countries by the end of the year and bill up to five million euros.

Exodus Chile 2022 | When and where is it? | Where and when to buy tickets?
SPORTING Tickets at 5 euros for a vital appointment for the future of Sporting
Brutal the fans: on August 20 there has already been a better entrance than in all of last season
TICKETS 266

Loading...
Newer Post
Aprilia RSV4 XTrenta, from MotoGP to the streets
Older Post
Queen Elizabeth II and her relationship with football: Arsenal, West Ham and her love for the English Lions