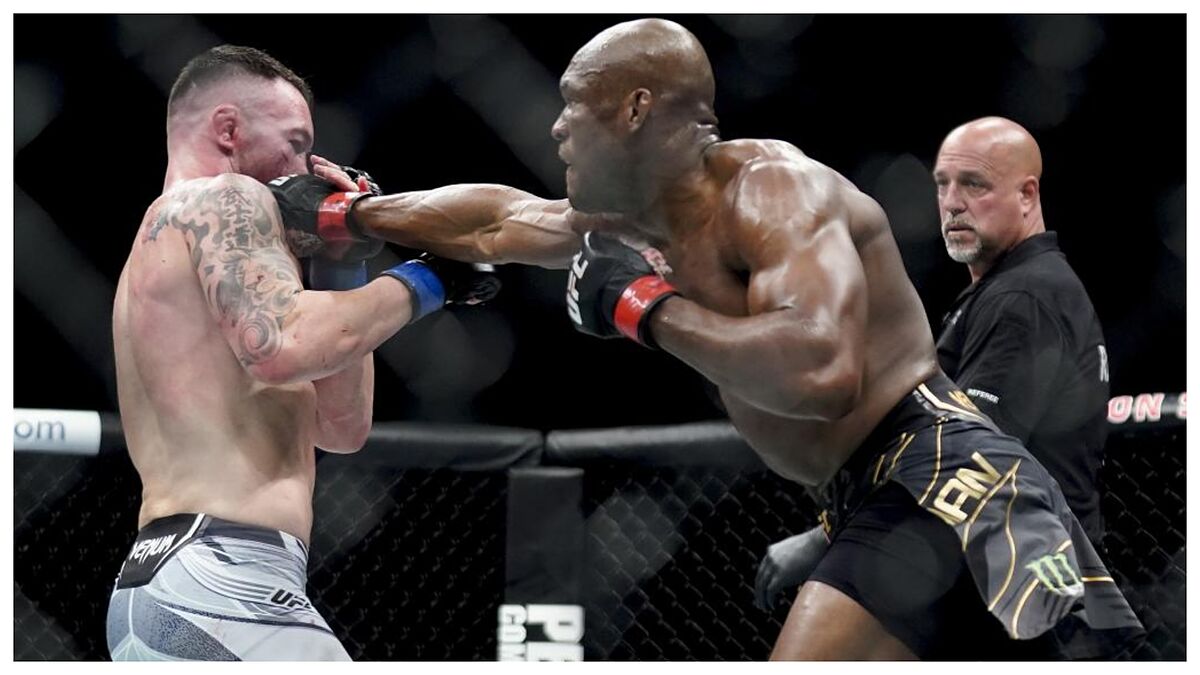 Updated 11/07/2021 - 08:16 CWith everything planned so that the broadcasts of the bouts of the best pound-per-pound fights in boxing and the UFC

CWith everything planned so that the broadcasts of the bouts of the best pound-per-pound fights in boxing and the UFC did not coincide, Kamaru Usman, like Canelo, delivered on the odds in a highly anticipated rematch against Colby Covington., whom he defeated again, although this time for unanimous decision (48-47, 48-7, 49-46) to retain his welterweight title.

Unlike what happened at UFC 245, with a fifth-round TKO in one of the best fights of 2019, now the fight came to the end, although miraculously it was not closed in the second round in favor of Usman. However, the duel became passionate with a Covington that even ended up full despite the punishment received.

The Californian was even able to make Usman touch the canvas in the first bars of the duel. (It did not count as a knockdown), a situation that was well resolved by the champion, but which presaged that the Nigerian had a lot of work ahead of him against a rival with resources and very tough.

Before concluding the first round, it was ‘The Nigerian Nightmare’ who brought ‘Chaos’ to the ground and later, already on his feet, managed to chain a series of hard blows to the American’s face. Usman’s impacts came clearer and he was very focused on his mission. A left followed by a volley almost ended the fight at the end of the second round.. Everything seemed decanted, already with Covington at the mercy of Kamaru, until the horn saved the aspirant.

Colby, a true survivor, a really tough fighter, calmed down and his confidence grew, especially in the final stretch of the third act. The American’s fists began to reach his adversary clearly and he even attempted the takedown. Covington was much looser in the room again and the exchanges were remarkable and very tough. Anyone could take the fight.

The fifth round was very close and the final victory went to the champion. Usman commented at the end: “When you share the octagon with someone this tough, you know that you have to respect it”. “It was his night, he had a better night,” Covington replied.

Loading...
Newer Post
Floyd Mayweather refuses to take a photo with a fan for wearing painted nails
Older Post
The NBA will change the regulations to end the “Eurooffenses”